Kardashian appeared via videoconference and was put under oath in a Los Angeles courtroom.

Judge Steve Cochran asked her a series of questions, including “is it your desire to become a single person?”

Kardashian answered “yes” to all.

“It is granted,” Cochran said.

The judge’s move, known as bifurcation, allows a person amid a complicated divorce to become legally single while issues of child custody and property are worked out. 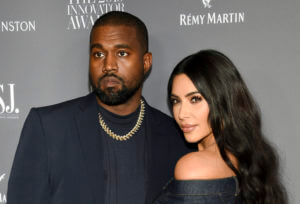 Ye, formerly known as Kanye West, did not attend or take part in the hearing remotely.

He had objected to the move, but Cochran overruled it.

Kardashian, 41, filed for divorce a year ago. Two months later, Ye, 44, filed his response, which agreed on all the major points, including child custody. There were no property fights because a prenuptial agreement was in place.

Neither discussed the split publicly, until recently, when Ye started lashing out on social media against Kardashian, her family, and boyfriend Pete Davidson.

Among his complaints were that he is not being allowed to make major parenting decisions and has been excluded from birthday parties and other events for their four children.