Since the January day her sister was reported missing, Maricris Drouaillet has been at the forefront of the search efforts. Now, court documents obtained by KGTV show why Drouaillet believes she is best suited to become the guardian of her two nieces and one nephew.

“I am committed to providing them with a loving and stable home and will facilitate obtaining the psychological help that’s needed to process the loss of their mother and now most likely their father, should he be convicted of their mother’s murder,” Drouaillet stated in the legal filing.

The children’s father, Larry Millete, was arrested on Oct. 19 in connection with the death of his wife. He pleaded not guilty to a murder charge during his first court appearance.

According to court documents, the three Millete children have been staying at the family’s home with Larry’s parents since his arrest.

Drouaillet also said in the documents that there have been attempts to communicate with the kids, but Larry has refused to allow for any visits and only allowed them to have one call since Jan. 7.

In the documents, Drouaillet stated she believes there is currently a lack of supervision for the children. She references what happened during Larry’s court appearance when a judge ordered his phone privileges be restricted after he violated an order prohibiting him from contacting his kids. 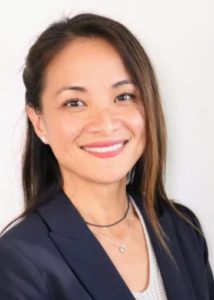 Prosecutors said Larry had made 129 phone calls, and about nine hours’ worth of those calls had been to the kids. At times they say he even asks them to read him headlines and calculate the mortgage.

On Thursday, a South Bay Courthouse judge ordered Larry to remain in custody on no bail.

During a brief afternoon bail review hearing, the prosecutor told the judge that she believed bail should remain at no bail because of what she referred to as Millete’s “concerning” behavior. She expressed worry over his ability to follow court orders based on previous incidents, including contacting his children while in custody.

The prosecutor also said Millete was capable of harming the man he suspected his wife was having an affair with.

Millete’s attorney argued that her client never fled the area as his wife remained missing, and she added that Millete was willing to be tracked and abide by any conditions for bail.

Judge Maryann D’Addezio ultimately sided with the prosecutor and denied the bail request. She stated she felt that Millete was a “danger to the community” and his failure to comply with previous orders were reasons to have him remain in custody on no bail.