The one-page order by Chief Justice Don Beatty said he acted at the request of the Office of Disciplinary Counsel, which investigates misconduct by attorneys in South Carolina. The order said Murdaugh agreed with the interim suspension, but it gave no further details. 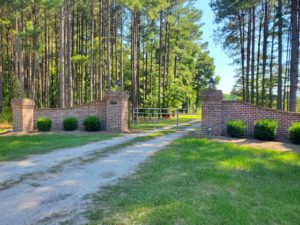 Murdaugh found the bodies of his wife and son, shot multiple times, at the family’s Colleton County home on June 7. On Saturday, he told police someone shot at him as he changed a tire on the side of a rural road. A family attorney has suggested someone cut the tire before Murdaugh left. State police haven’t commented on the shooting.

Agents said Murdaugh was grazed by the bullet. He was released from the hospital two days later and said he had gone into rehab because “the murders of my wife and son have caused an incredibly difficult time in my life. I have made a lot of decisions that I truly regret.”

Hours after Murdaugh issued his statement, the PMPED law firm released its own information saying Murdaugh had misappropriated an unspecified amount of money and would no longer be associated with the firm.

The State Law Enforcement Division is investigating all of this. No one has been charged in the killings of Maggie Murdaugh, 52, and her 22-year-old son Paul in June or in the shooting involving Alex Murdaugh on Saturday. Agents have not spoken about the allegations of missing money.

The Murdaughs are one of South Carolina’s most prominent legal families. Alex Murdaugh was a volunteer prosecutor in the same office where his father, grandfather and great-grandfather spent more than 80 years combined as the area’s top prosecutors. Other members of the family are prominent civil attorneys.

When Paul Murdaugh was killed, he was awaiting trial for boating under the influence causing death in a February 2019 crash that killed a 19-year-old woman. State police have said they have since begun looking into the investigation of that crash to see if anyone tried to keep police from charging Paul Murdaugh.

After the deaths of Maggie and Paul Murdaugh, state police also reopened an investigation into a 2015 hit-and-run death of a 19-year-old man in Hampton County. The victim’s mother said she thought Paul Murdaugh could have been involved.

Authorities haven’t released any information about why those cases were reopened.