EATONTON, Ga. (AP) — Lawyers for a Georgia prisoner on trial for murdering two prison guards admit that Ricky Dubose killed the pair aboard a prison bus but say an abuse-filled childhood left him mentally ill. 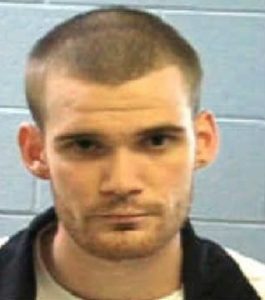 The trial of Dubose began Wednesday in Eatonton, news outlets report. He could be executed if convicted in the fatal shooting of Sgt. Christopher Monica and Sgt. Curtis Billue while escaping from a prison transfer bus southeast of Atlanta in June 2017.

Dubose and Donnie Rowe escaped together and were arrested in Tennessee days later. Rowe was convicted last year of murder in the guards’ death. He was sentenced to life in prison without parole by a judge after jurors could not achieve the unanimity required to recommend a death sentence in Georgia.

Dubose is accused of firing the gun that killed the officers after he and Rowe slipped out of handcuffs and burst through an unlocked gate. Prosecutors say Dubose grabbed one of the officers’ pistols and shot Monica, the guard, and then Billue, the driver, both in the head. Security cameras on the bus recorded the violent escape and roughly 30 other prisoners witnessed the killings.

Prosecutors disagree with the defense on Dubose’s mental capacity, and the lawyers have argued over psychologist reports expected to be presented during trial. Jurors were chosen in coastal Brunswick over a period of more than three weeks and bused to Eatonton because of extensive pretrial publicity. The trial could last weeks.

District Attorney T. Wright Barksdale III described Dubose as “a predator” and “an intelligent, calculated criminal,” whose actions were swift and decisive. 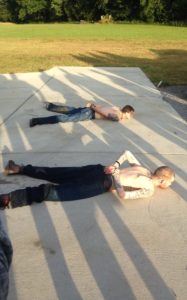 “Retrieves a Glock 9, loads it, shoots Christopher Monica, shoots Curtis Billue, kicks a window out of the bus, all of that ladies and gentlemen takes a mere 40 seconds,” Barksdale said.

If jurors find Dubose “guilty but with intellectual disability” or “guilty but mentally ill,” Dubose would not be subject to the death penalty.

“No matter what the state may allege,” Pittman told the jury, “Ricky Dubose wasn’t a criminal genius who was planning and plotting an escape in the weeks leading up to the crime.”

Officials say Dubose and Rowe stole at least three different cars while on the run, broke into a home, tied up the couple who lived there and hid out. Barksdale said Dubose asked the woman detained in the Tennessee home for makeup to disguise facial tattoos that include devil-like horns.

Dubose, 29, was serving a 20-year sentence for a 2015 armed robbery and assault in Elbert County when he escaped. He had been in prison earlier, as well.