TOKYO (AP) — A group of lawyers said Friday that the alleged assassin of former Prime Minister Shinzo Abe was one of many victims of the Unification Church, which has long cultivated ties with high-level Japanese politicians.

The church, founded in South Korea in the 1950s, has become a focus of intense attention in Japan because the suspect in Abe’s shooting, Tetsuya Yamagami, 41, told investigators that he was motivated by Abe’s supposed links to the Unification Church, which he said his mother had made massive donations to, bankrupting the family and destroying his life. 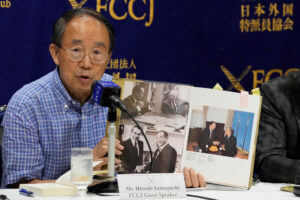 Legal expert Hiroshi Yamaguchi, holding a book related to the Unification Church, speaks during a news conference on the church and its activities at the Foreign Correspondents’ Club of Japan in Tokyo, Friday, July 29, 2022. A group of lawyers said Friday that the alleged assassin of former Prime Minister Shinzo Abe was one of many victims of the Unification Church, which has long cultivated ties with high-level Japanese politicians. (AP Photo/Shuji Kajiyama)

Abe was killed on July 8 with a handmade gun as the former leader gave a speech ahead of national elections. Yamagami was immediately arrested and will be detained until late November for mental evaluations and further investigation.

“What he did was wrong, but Yamagami was suffering because of the church,” Hiroshi Yamaguchi, a lawyer who heads the National Network of Lawyers Against Spiritual Sales, told reporters. The network has about 300 lawyers who have provided legal assistance for people who say they’ve faced financial damage because of the church and other religious groups.

In the 1980s the church began to face accusations that it was using devious recruitment tactics and brainwashing its adherents into turning over huge amounts of money. The church has denied the allegations, and says it has tightened compliance. Critics say things have gotten better but the problems still continue.

The church in a statement “strongly protested” the lawyers’ claims that made it seem “as if our organization has been accused of the crime, while expressing views about our organization that have nothing to do with the attack.”

The church, which now calls itself the Family Federation for World Peace and Unification, said the lawyers were hurting church followers’ credibility, violating their human rights and causing a risk of hate crimes against them. The church has been flooded by harassing phone calls, it says, including death threats.

The church has previously denied forcing followers to give donations and says it has strengthened its compliance in recent years. The church also says Abe wasn’t a member.

Abe sent a video message last year to a group affiliated with the church, which some experts say may have infuriated the shooting suspect.

The South Korean church, which came to Japan in the 1960s, has built close ties with a host of conservative lawmakers, many of them members of Abe’s Liberal Democratic Party, which has ruled the country almost uninterrupted since its inception in 1955.

The church was founded in Seoul in 1954 by the late Rev. Sun Myung Moon, who called himself a messiah and preached new interpretations of the Bible. A staunch anti-communist, he urged his followers to embrace a family-oriented value system.

The church’s fundraising was especially aggressive in Japan, the lawyers say, because Moon taught followers there that they needed to give more money to atone for sins committed by their ancestors who colonized the Korean Peninsula, which was controlled by Tokyo from 1910 to 1945.

Yamaguchi, the anti-church lawyer, said his group made repeated requests to Abe and other lawmakers to stop supporting the church and its affiliates, but the requests were ignored.

LDP Secretary General Toshimitsu Motegi denied at a regular news conference Tuesday that the governing party as a whole had relations with the church. Motegi said a number of LDP lawmakers have been linked to the church and the LDP planned to urge each of them “to be stricter and more careful about their relationships to a group whose social problems have been pointed out.” 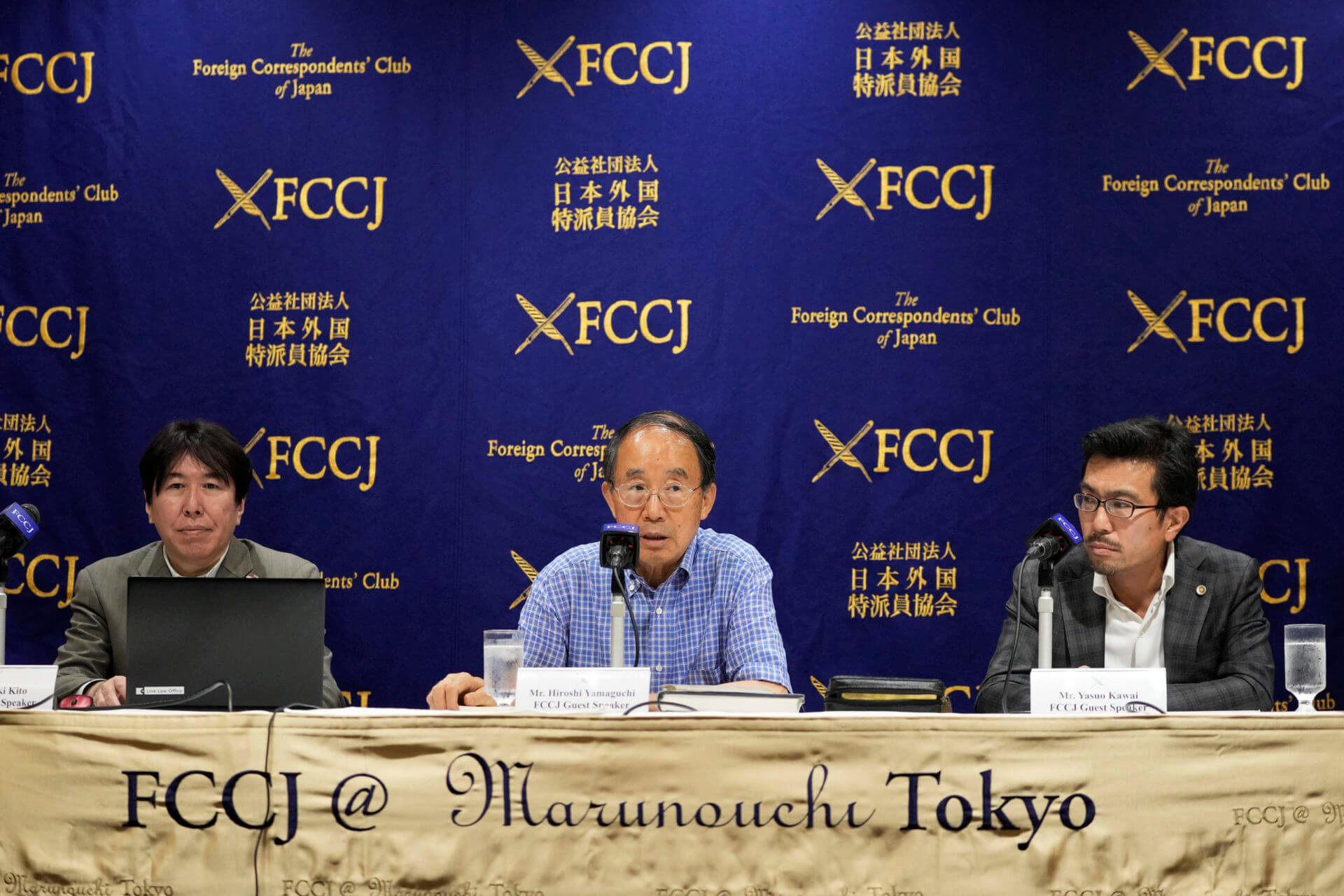 Legal experts, Hiroshi Yamaguchi, center, with Masaki Kito, left, and Yasuo Kawai, speaks during a news conference on the church and its activities at the Foreign Correspondents' Club of Japan in Tokyo, Friday, July 29, 2022. A group of lawyers said Friday that the alleged assassin of former Prime Minister Shinzo Abe was one of many victims of the Unification Church, which has long cultivated ties with high-level Japanese politicians. (AP Photo/Shuji Kajiyama)
MORE NEWS