Letecia Stauch, the Colorado stepmom accused of murdering her 11-year-old stepson, is now facing new charges for allegedly writing letters to an inmate in the El Paso County Jail with plans to escape, reports KOAA.

Gannon Stauch was reported missing in January by his stepmother said he had gone to a friend’s house and did not return home. Weeks later, a body found in Florida was identified as the boy. She was arrested on March 2 in Myrtle Beach, South Carolina.

According to the affidavit, the court announced Stauch is facing a solicitation to escape charge in a new case after being accused of writing letters to an inmate in the El Paso County Jail with plans to escape. The affidavit for this charge states a deputy with the El Paso County Sheriff’s Office was approached by the inmate on May 18 about the letters she received from Stauch. 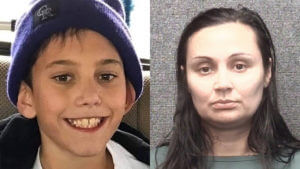 The inmate told the deputy that Stauch would pass her and other inmates’ notes by sliding them under the door or through the door jam, according to the affidavit. The deputy wrote that she was told Stauch planned to escape from a window and had measured herself.

The document states Stauch is not to be housed with other inmates at the jail.

After having previous hearings postponed due to COVID-19 concerns, Stauch will be in court Friday, June 5, for a status conference.