COLORADO (KOAA) — An El Paso County woman accused of murdering her 11-year-old stepson is now claiming her civil rights have been violated in the El Paso County jail.

In a federal lawsuit filed last week, Letecia Stauch claims in a handwritten 13-page letter both her first and eighth amendment rights were violated in jail. Stauch names a medical service provider, and a food service provider, as well as two El Paso County deputies in the complaint. 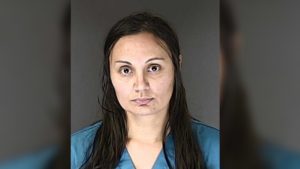 Stauch claims she’s been mistreated while in jail by claiming she was not properly given kosher food and that the jail neglected to give her medical care.

Currently, the case is in the initial review period with the court. A judge will decide if the case should be dismissed or if it should proceed.

The latest filing could also play a role in her criminal trial for the murder of her eleven-year-old stepson, Gannon.

Stauch’s defense team has ordered a second mental health evaluation to determine her sanity. Stauch has entered a not guilty by reason of insanity plea, she’s previously been found competent to stand trial twice.

With conversations surrounding Stauch’s mental state, Longo points to the impact it could have on that ruling as the case continues.

“It’s generally a complex area of the law and it’s decently articulated in the complaint,” Longo said, “imagine if you’re her defense team, Judge Warner allowed you to change your plea to bring in some of the psychological factors that we’ve seen, you’re really backtracking, it’s kind of one step forward, five steps back with this case,” Longo said.

Stauch is expected in court for the results of the mental health evaluation in October.

This story was originally published Sept. 27, 2022 by KOAA in Colorado Springs, an E.W. Scripps Company.