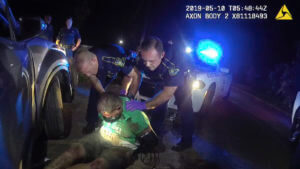 These are the first criminal charges of any kind to emerge from Greene’s bloody death on a roadside in rural northeast Louisiana, a case that got little attention until an Associated Press investigation exposed a cover-up and prompted scrutiny of top Louisiana State Police brass, a sweeping U.S. Justice Department review of the agency and a legislative inquiry looking at what Gov. John Bel Edwards knew and when he knew it.

“We’re all excited for the indictments but are they actually going to pay for it?” said Greene’s mother, Mona Hardin, who for more than three years has kept the pressure on state and federal investigators and vowed not to bury the cremated remains of her “Ronnie” until she gets justice. “As happy as we are, we want something to stick.”

Facing the most serious charges from a state grand jury was Master Trooper Kory York, who was seen on the body-camera footage dragging Greene by his ankle shackles, putting his foot on his back to force him down and leaving the heavyset man face down in the dirt for more than nine minutes. Use-of-force experts say these actions could have dangerously restricted Greene’s breathing, and the state police’s own force instructor called the troopers’ actions “torture and murder.” York was charged with negligent homicide and 10 counts of malfeasance in office.

The others who faced various counts of malfeasance and obstruction included a trooper who denied the existence of his body-camera footage, another who exaggerated Greene’s resistance on the scene, a regional state police commander who detectives say pressured them not to make an arrest in the case and a Union Parish sheriff’s deputy heard on the video taunting Greene with the words “s—- hurts, doesn’t it?”

“These actions are inexcusable and have no place in professional public safety services,” the head of the state police, Col. Lamar Davis, said after the indictments, adding that his agency has in recent years made improvements aimed at “rebuilding of trust within the communities we serve.”

Union Parish District Attorney John Belton submitted arrest warrants for all five of the officers, praising the racially mixed grand jury for hearing the evidence and saying the people had spoken.

Belton had long held off on pursuing state charges at the request of the U.S. Justice Department, which is conducting a separate criminal investigation. But as years passed and federal prosecutors grew increasingly skeptical they could prove the officers acted “willfully” — a key component of the civil rights charges they’ve been considering — they gave Belton the go-ahead this spring to convene a state grand jury.

That panel since last month considered detailed evidence and testimony related to the troopers’ use of force and their decision to leave the handcuffed Greene prone for several minutes before rendering aid. And for the first time in the case, a medical expert deemed Greene’s death a homicide.

The federal grand jury investigation, which expanded last year to examine whether state police brass obstructed justice to protect the troopers, remains open, and prosecutors have been tight-lipped about when the panel could make a decision on charges.

Greene’s May 10, 2019, death was shrouded in secrecy from the beginning, when authorities told grieving relatives that the 49-year-old died in a car crash at the end of a high-speed chase near Monroe — an account questioned by both his family and even an emergency room doctor who noted Greene’s battered body. Still, a coroner’s report listed Greene’s cause of death as a motor vehicle accident, a state police crash report omitted any mention of troopers using force and 462 days would pass before state police began an internal probe.

All the while, the body-camera video remained so secret it was withheld from Greene’s initial autopsy and officials from Edwards on down declined repeated requests to release it, citing ongoing investigations.

But then last year, the AP obtained and published the footage, which showed what really happened: Troopers swarming Greene’s car, stunning him repeatedly, punching him in the head, dragging him by the shackles and leaving him prone on the ground for more than nine minutes. At times, Greene could be heard pleading for mercy and wailing, “I’m your brother! I’m scared! I’m scared!”

At one point, York orders Greene to “lay on your f—— belly like I told you to!” Union Parish Sheriff’s Deputy Christopher Harpin can be heard taunting, “Yeah, yeah, that s— hurts, doesn’t it?”

Attorneys for York and Harpin said both expect to be found not guilty at trial if the charges aren’t dismissed first. Reached by phone, former Trooper Dakota DeMoss, whose body-camera captured much of the arrest, declined to comment, saying “you guys always get it wrong.” Lt. John Clary’s attorney did not respond to a request for comment in the courthouse. Former state police Capt. John Peters declined to comment.

Fallout brought federal scrutiny not just to the troopers but to whether top brass obstructed justice to protect them.

Investigators have focused on a meeting in which detectives say that state police commanders pressured them to hold off on arresting a trooper seen on body-camera video striking Greene in the head and later boasting, “I beat the ever-living f— out of him.” That trooper, Chris Hollingsworth, was widely seen as the most culpable of the half-dozen officers involved, but he died in a high-speed, single-vehicle crash in 2020 just hours after he was informed he would be fired over his role in Greene’s arrest.

The AP later found that Greene’s arrest was among at least a dozen cases over the past decade in which state police troopers or their bosses ignored or concealed evidence of beatings of mostly Black men, deflected blame and impeded efforts to root out misconduct. Dozens of current and former troopers said the beatings were countenanced by a culture of impunity, nepotism and, in some cases, racism.

Such reports were cited by the U.S. Justice Department this year in launching a sweeping civil rights investigation into the Louisiana State Police, the first “pattern or practice” probe of a statewide law enforcement agency in more than two decades.

Scrutiny has also turned to the actions of the Democratic governor, who oversees the state police.

A legislative panel launched an “all-levels” investigation into the state’s handling of the Greene case this year after AP reported that Edwards had been informed within hours that the troopers arresting Greene engaged in a “violent, lengthy struggle,” yet stayed mostly silent for two years as police continued to press the car crash theory.

Another AP report found Edwards privately watched a key body-camera video of Greene’s deadly arrest six months before state prosecutors say they knew it even existed, and neither the governor, his staff nor the state police acted urgently to get the footage into the hands of those with the power to bring charges.

Edwards has repeatedly said he did nothing to influence or hinder the Greene investigation and has described the troopers’ actions as both criminal and racist. But he has yet to testify before the legislative panel, saying he was unable to appear at a hearing last month, instead attending a groundbreaking ceremony for an infrastructure project.

“Today’s decision is a long overdue first step toward justice for Ronald Greene’s family and accountability for a broken police system,” said Alanah Odoms, executive director of the ACLU of Louisiana. “Ronald Greene should be alive today.” 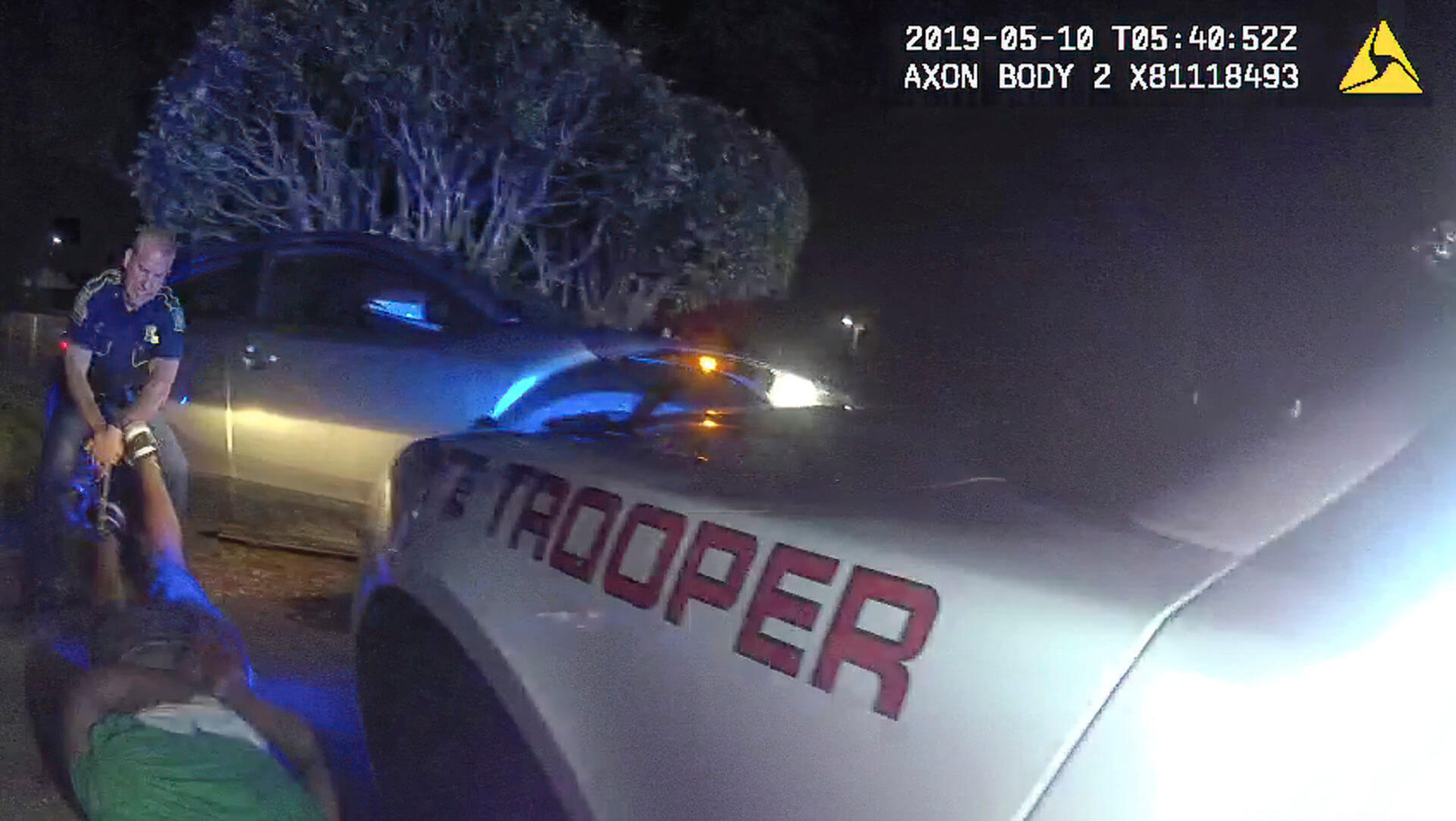