DALLAS (AP) — A Texas man now faces a capital murder charge in the death of a 4-year-old boy who was found dead in a Dallas street last month.

Dallas police said late Wednesday that Darriynn Brown, 18, will face the new charge for the death of Cash Gernon. Brown already faced a kidnapping charge in the case after authorities said surveillance video showed a man lifting the sleeping child from his bed.

Police said forensic evidence linked Brown to the boy’s killing but did not elaborate on what that was.

Brown remained jailed Thursday in Dallas on $1.6 million bail. His attorney, Heath Harris, told the Dallas Morning News that he was frustrated by the slow release of information from authorities about the case. 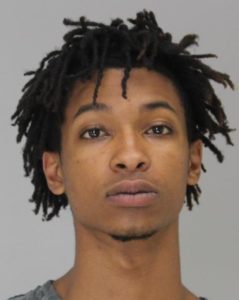 This photo provided by the Dallas County Jail, in Texas, shows Darriynn Brown. Brown has been arrested after the body of a 4-year-old boy was found lying on a neighborhood street in Dallas, police said Sunday, May 16, 2021. (Dallas County Jail)

“It’s almost a month after this tragedy and I’m still waiting to prepare this kid’s defense,” he said. “We can’t do that till we have all the evidence.”