MADISON COUNTY, Ky. (WLEX) — An attorney for Richmond murder suspect Shannon Gilday is wanting to enter a plea of guilty but mentally ill on his behalf.

“He is profoundly mentally ill, said Tom Griffiths, Gilday’s attorney. “Everything that happened in this case is all bound up and caused by his mental illness. He’s not denying what happened. He wants to accept responsibility.” 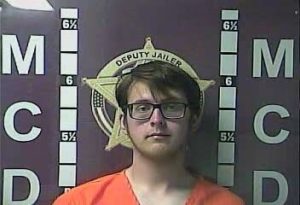 He is also accused of shooting her father, former state representative C. Wesley Morgan. Morgan apparently exchanged gunfire with Gilday and may have wounded him. Gilday was later arrested nearly a week later after deputies found him walking along the exit 87 overpass on I-75, less than two miles from the family’s home.

Gilday is also facing additional charges of assault and strangulation of a corrections officer following an alleged attack inside the jail facility.

In court Thursday, the prosecution argued against accepting the plea. The judge decided to continue with the arraignment and will not accept any plea until Monday.

This story was originally published May 12 by WLEX in Lexington, an E.W. Scripps Company.