RAHWAY, N.J. (AP) — A man will be extradited to New Jersey to face charges in connection with the alleged abduction of a 2-year-old boy whose mother was found dead in Tennessee, authorities said Sunday.

The Union County prosecutor’s office and Rahway police said 27-year-old Tyler Rios, of Highland Park, is charged with first-degree kidnapping, and “additional criminal charges are pending in connection with the death of 24-year-old Yasemin Uyar of Rahway.” 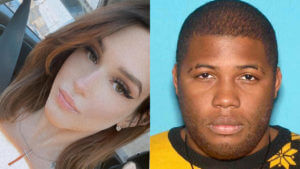 The child was the subject of an Amber Alert on Friday after he wasn’t taken to day care in New Jersey and Uyar did not arrive for scheduled work shifts, prosecutors said. The boy was found unharmed early Saturday in Monterey, Tennessee. Rios was taken into custody.

Uyar’s body was found Saturday in a wooded area off an interstate, authorities said. No information on a possible cause of death was immediately provided and New Jersey authorities did not provide additional information about charges pending in her death.

Tyler Rios remains in custody in Tennessee pending extradition back to New Jersey. It’s unclear whether he has an attorney; a listed number for him couldn’t be found Sunday.

Karen Uyar told NJ Advance Media that her daughter was a doting mother who struggled in an abusive relationship. On Facebook, she said the family grieves her loss but doesn’t want her remembered solely as a victim.

“She was a daughter, sister, mother, aunt and cousin,” Karen Uyar said. “Her life will be celebrated as her greatest gift to this world.”