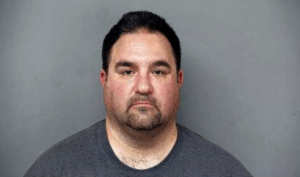 William Christopher Niemet, 43, of Fulton, is charged in the death of Greg Jones, whose body was found in June 1991 near Russellville. He had been shot twice in the head, authorities said last week. Niemet was 14 at the time.

Niemet, who appeared via video from the Cole County Jail, will be back in court next Monday to determine if he will be granted bond, The Jefferson City News-Tribune reported.

Niemet’s attorney, Curtis Hanrahan, asked that his client be given a $100,000 bond. He said Niemet operates several businesses employing about 100 people in Missouri, Iowa and Illinois, and would agree to stay under house arrest with an ankle monitor if he was released on bond.

Cole County Associate Circuit Court Judge Cotton Walker delayed action on the bond until March 9, noting that people connected to the case had asked to be present at Niemet’s hearings but were not in court Monday.

The Cole County Sheriff’s Department probable cause statement filed when Niemet was charged last week does not indicate a motive for the shooting, and does not say if the gun used in the killing was recovered. It does note ammunition recovered at Niemet’s home at the time matched the type of rounds recovered in Jones’ skull.

The probable cause statement says several witnesses told police Niemet “claimed responsibility for the murder of Greg Jones, with three witnesses reporting Niemet told them about the murder.”

Niemet was arrested in 1991 not long after Jones’ body was found but the juvenile court case was eventually dropped, and Niemet filed a federal civil rights lawsuit against the county and then-Sheriff John Hemeyer in 1997. That lawsuit was later dismissed.

The Fulton Sun reported that Niemet was implicated but never charged in a 2005 death in Fulton. The victim, Shawnda Reed, was shot to death in her home. Niemet, who was Reed’s landlord, was charged with insurance fraud after prosecutors alleged he had taken out a $150,000 insurance policy on Reed’s life. They also charged him with forgery, alleging Niemet had used false documents to obtain financing to construct Reed’s home.

Prosecutors dropped the charges in 2006, citing a lack of evidence. The investigation into Reed’s death is still open.

This story was first published on March 2. It was updated on March 10 to correct that the man charged in the killing, William Niemet, was 14 years old at the time of the crime, not 15.