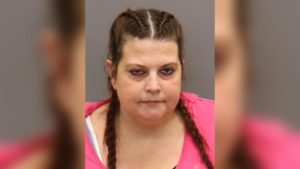 The victim, Carol Windsor, had told police at the time that her daughter Kimberly had thrown a clock at her head, ran over her with a wheelchair, and “attempted to crush her as the daughter weighed in excess of 300 pounds.”

The victim was treated for three broken ribs and died five days later at the hospital from the assault.

Leitess said in a statement: “This is truly heartbreaking. The defendant viciously attacked her own mother because she wouldn’t go to the store for her and the subsequent assault contributed to the victim’s death. It’s extremely sad. I extend my deepest condolences to the victim’s son and all those impacted by the loss of Ms. Windsor.”

This story was originally published April 19, 2022 by WMAR in Baltimore, an E.W. Scripps Company.