LOS ANGELES (AP) — The leader of the Mexican megachurch La Luz del Mundo was sentenced Wednesday to more than 16 years in a California prison for sexually abusing female followers who said he made them his sex slaves.

García, who is considered the “apostle” of Jesus Christ by his 5 million worldwide followers, used his spiritual sway to have sex with girls and young women who were told it would lead to their salvation — or damnation if they refused.

“I never cease to be amazed at what people do in the name of religion and how many lives are ruined in the guise of a supreme being,” said Judge Ronald Coen, who called García a sexual predator.

The sentence came after nearly three hours of emotional statements by five young women García had been charged with abusing. They had once been his most devoted servants — even after the abuse began. But in court they called him “evil” and a “monster,” “disgusting human waste” and the “antichrist.” 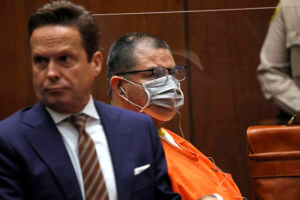 “I worshipped my abuser,” said a woman identified as Jane Doe 4, who said she was his niece. “He used me over and over again like a sacrificial lamb taken to slaughter.”

García, dressed in orange jail scrubs and wearing a surgical mask pulled under his glasses, didn’t turn to face the women. He sat upright and looked straight ahead with this hands shackled at his waist.

García pleaded guilty Friday to two counts of forcible oral copulation involving minors and one count of a lewd act upon a child who was 15. In exchange, prosecutors dropped 16 counts that included allegations of raping children and women, as well as human trafficking to produce child pornography.

The victims objected to the plea deal, saying they only learned about it at the last minute and were not consulted. They implored Coen to impose a stiffer sentence but he said his hands were tied by the agreement.

“The world has heard you,” he told the five weeping Jane Does and their supporters. “I promise you that.”

The church, which is also known as the Light of the World, said in a statement that García pleaded guilty because he didn’t think he could get a fair trial after prosecutors withheld or doctored evidence. The agreement would allow him to be freed sooner. 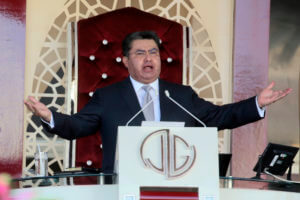 FILE – Naasón Joaquín García leads a service at his church “La Luz del Mundo” in Guadalajara, Mexico on Aug. 9, 2018. On Wednesday, June 8, 2022, Garcia was been sentenced to 16 years and eight months in a California prison for sexually abusing three girls. (AP Photo/File)

“The Apostle of Jesus Christ has had no choice but to accept with much pain that the agreement presented is the best way forward to protect the church and his family,” the church said.

Patricia Fusco, supervising deputy attorney general, tearfully praised the victims for their bravery in standing up to García and his followers who have rallied around him and shamed the young women. She said their courage had saved others’ lives.

“They trusted him. They thought he was basically God on Earth,” Fusco said of the victims. “We know, of course, he’s not God. Not even close. … Anyone who still believes he’s God is complicit and they’re supporting a child molester.”

Prosecutors said he used his spiritual sway to have sex with female followers and was aided by others in the church who groomed the women and facilitated the abuse.

The women said they were called angels and were told they were García’s property.

“They reminded me I must serve the Lord without question,” said Jane Doe 5, who described how she was told to dance in lingerie for García and it quickly escalated to painfully losing her virginity.

The women said they had only known life in the church — praying three times a day. When they finally turned on García, they found themselves isolated and suffering in silence. Some of their own family members didn’t believe them.

“Being called an apostate was the worst of the worst and you would go to hell no matter what,” said Jane Doe 2, who wept throughout her statement.

Defense lawyers had said prosecutors were operating under a far-fetched legal theory that García used spiritual coercion for sexual pleasure.

“It is a fantasy seemingly invented out of whole cloth,” defense attorney Alan Jackson wrote in a court filing.

But prosecutors said the victims were essentially brainwashed by García and felt they would be ostracized by the insular church community if they didn’t submit to his desires. In denying a defense motion to dismiss the case, a judge said García used religion as “invisible handcuffs” to exploit his victims.

García took over as “apostle” after his father, Samuel Joaquín Flores, died in 2014.

Flores was also the subject of child sex abuse allegations in 1997, but authorities in Mexico never filed criminal charges.

The church has tried to cultivate a law-abiding, hard-working image in Mexico — where it counts about 1.8 million followers. Its male members favor suits and short hair, and female members wear veils that cover their hair and modest dresses. There are about 1 million U.S. members. 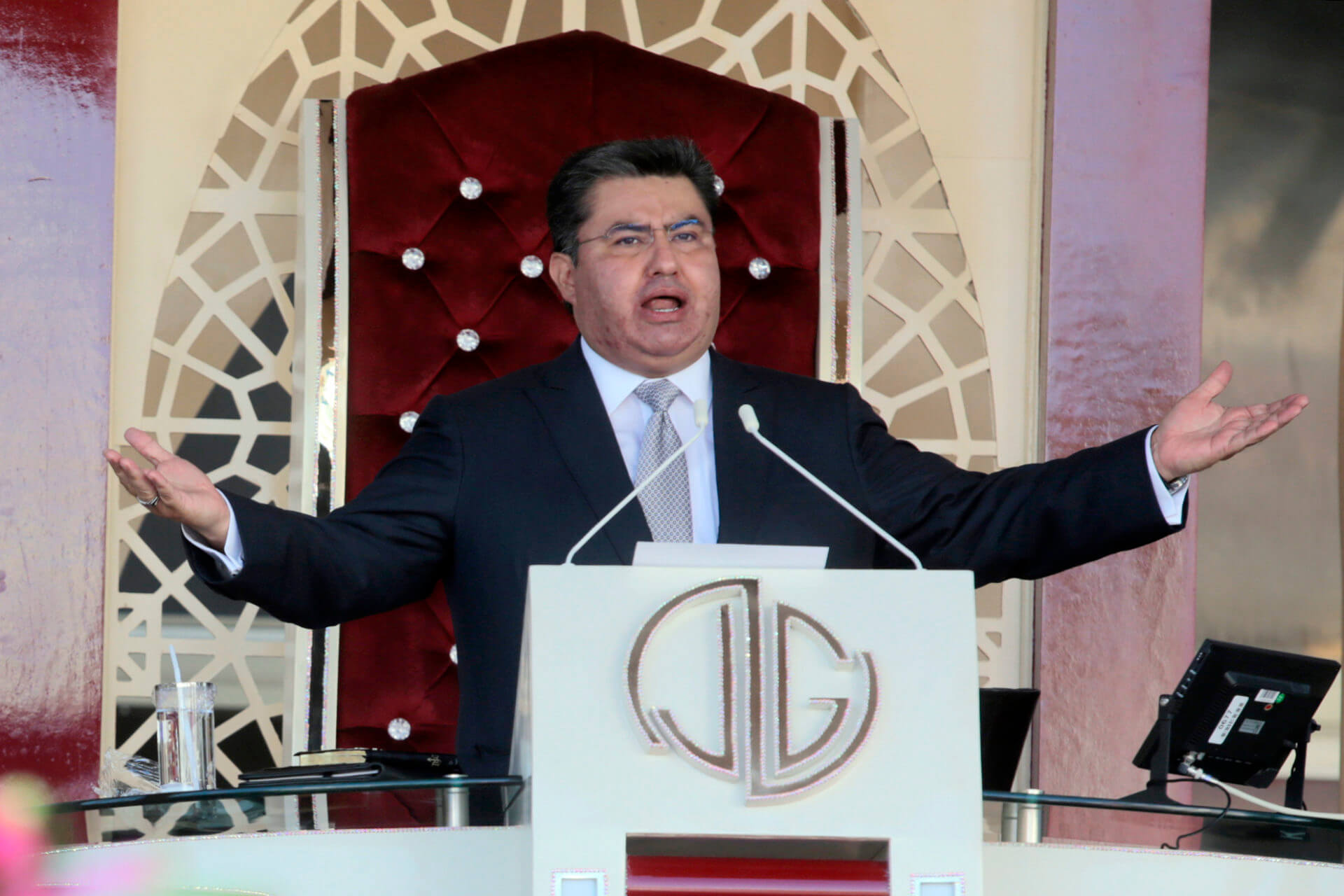 Teen Missing After Party At Campground

Court upholds Arkansas’ use of sedative in executions

Court upholds Arkansas' use of sedative in executions