SAUGERTIES, New York (Court TV) — A missing six-year-old girl has been found alive inside a makeshift room under the stairs of her non-custodial parents in upstate New York.

Kimberly Cooper, 33, and Kirk Shultis Jr, 32, are facing felony charges for custodial interference and child endangerment, according to a press release by Saugerties Police Department.

In 2019, four-year-old Paislee Shultis was reported missing from Cayuga Heights, an upscale suburb of Ithica, New York. At the time, the child was believed to have been abducted by Cooper and Shultis Jr.

Two years later, on Feb. 14, Saugerties police received a tip about the missing girl’s location, helping them obtain a search warrant for the residence they believed the child was being held. 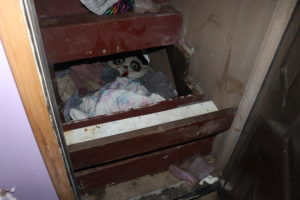 Saugerties Police and New York State police showed up at the residence where the owner denied knowing the child’s whereabouts, telling officers he “had not seen the child since she was reported missing in 2019.”

A little over an hour into the search of the residence, the child was located in a secret room, under a closed staircase leading to the basement of the residence. Investigators shined a light through a crack in the wooden stairs, noticing something out of place under the stairs. After pulling up several wooden step boards, detectives saw a tiny pair of feet. The child and her accused abductor, Kimberly Cooper, were found hiding in what police described as a “dark and wet” enclosure.

The young girl was “upset and concerned” when she was first rescued, Saugerties Police Chief Joseph Sinagra told HLN in an interview on Tuesday.

“That begs the question, what was the child told about the police and, you know, why the police would come and take her,” Sinagra said. “That’s what I’m concerned about. … And I’m sure that when she saw several of our officers, who were heavily armed… that was somewhat traumatizing to the child.”

As detectives drove the girl to police headquarters, she saw a McDonald’s and remembered going there once before, the chief said.

“So, the detectives turned the car around and went to the drive-thru at McDonald’s, picked her up a Happy Meal, and brought her back to headquarters. And she was fine after that,” the chief added. 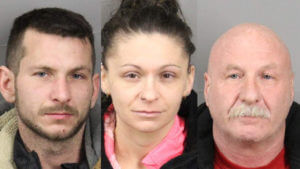 Here’s what we know about the arrests, according to Saugerties Police:

Since the disappearance of Paislee in 2019, Saugerties Police and other police agencies have investigated numerous leads relative to her disappearance. Several of those leads led police to the house, where the girl was ultimately found. On each of the prior searches, the residents denied any knowledge of the little girl’s whereabouts.

According to Saugerties police, the girl’s biological father, who had resurfaced shortly after Paislee’ s disappearance, denied knowledge of his daughter’s whereabouts, and told police he had not seen the child since 2019, when he reports Cooper fled to Pennsylvania with his daughter.

The investigation is ongoing, and additional arrests are pending.