KANSAS CITY, Mo. (KSHB) — A Missouri man convicted of killing four of his family members and then burning their bodies in 2016 has been sentenced to life in prison.

Grayden Denham, 30, was sentenced Friday to four terms of life in prison plus 115 years and no chance of parole for four counts of first-degree murder, four counts of armed criminal action, animal abuse, second-degree arson and stealing. He was convicted by a jury in December 2021. 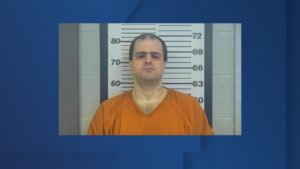 Grayden Denham was sentenced to four life terms plus 115 years in prison for killing four of his family members and the family dog in Platte County, Missouri. (Platte County Prosecutor’s Office via KSHB)

Prosecutors originally sought the death penalty. Denham pleaded not guilty to the charges.

On Feb. 19, 2016, Denham shot his grandfather, grandmother, sister, three-month-old nephew and family dog in the heads in Edgerton, Missouri, and then burned the bodies.

Neighbors saw the home of Russell and Shirley Denham on fire and called firefighters. The bodies of the Denhams, their granddaughter Heather Ager and her son Mason Chiavoni were all discovered inside the blaze along with a dog named Jack.

The Platte County Prosecutor’s Office said Grayden Denham had been living in the home but was nowhere to be found.

Investigators later determined he had bought gasoline cans earlier in the day and filled them both with diesel before stealing his grandmother’s car and fleeing. Denham switched license plates on the car twice with stolen ones from Oklahoma and Texas before being arrested in Arizona.

Denham’s mother in 2016 said she doubted her son’s involvement in the murders.

In 2020 Denham was ruled unfit to stand trial but was eventually cleared to face the jury in 2021.

The Platte County Prosecutor said he believes it is the only quadruple homicide in the county’s history.

This story was originally published Feb. 25 by KSHB in Kansas City, an E.W. Scripps Company.