ROCKVILLE, Conn. (AP) — A second jury selection is set to begin Tuesday for the trial of a Connecticut man accused of killing his wife, whose Fitbit activity tracker is expected to be a key piece of evidence against him.

Prospective jurors will be questioned in Rockville Superior Court for the murder case of Richard Dabate, who has maintained his innocence. 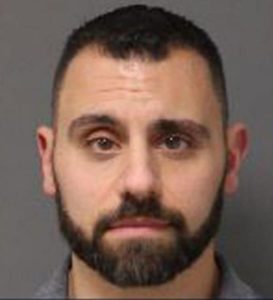 Dabate told police a masked man shot his wife, Connie Dabate, and tied him up before he burned the intruder with a torch at the couple’s Ellington home on Dec. 23, 2015. The couple’s two young sons were in school at the time.

But police say information on Connie Dabate’s Fitbit contradicts Richard Dabate’s story, showing she was moving around an hour after he said she was killed.

Tolland State’s Attorney Matthew Gedansky has said he believes Richard Dabate’s motive for the crime was concern about a potential divorce and alienating family and friends. Authorities said Richard Dabate had affairs, including one with a woman who was pregnant at the time of the killing.

Richard Dabate’s lawyer, Trent LaLima, has said evidence of the affairs was “just an attempt to dirty up Mr. Dabate’s reputation.”

A jury had been picked for the case in early 2020, before state courts shut down because of the coronavirus pandemic. A judge dismissed that jury last August, saying it had been empaneled too long and some jurors had moved out of state.

Dabate remains free on $1 million bail. Relatives have said the boys are living with other family members.