Memphis, Tenn. (Court TV) — A panel of 12 jurors and 3 alternates has been selected in Billy Ray Turner’s murder and conspiracy trial for the 2010 shooting death of Lorenzen Wright.

Wright’s decomposing body was discovered in a field near a Memphis golf course 10 days after he went missing; sending shockwaves through the community that the beloved NBA star called home. Wright, who played for the Memphis Grizzlies for 13 seasons, suffered multiple gunshot wounds. He was 34 years old.

Wright was last seen alive on July 18, 2010. At 12:05am on July 19, a call was made to 911 from Wright’s cell phone. The dispatcher who picked up the call heard 11 gunshots, but the call became disconnected before Wright could give his location. Help was never sent. Authorities weren’t told about the 911 call until July 28. The body was found that same day. 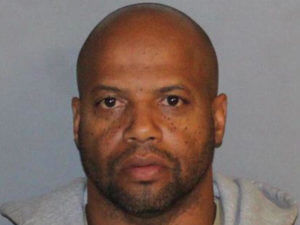 It wasn’t until seven years later that investigators cracked the case. They discovered that Wright’s ex-wife, Sherra Wright, was the ringleader behind the killing. Prosecutors say she convinced her friend Turner to murder her husband. Turner was a deacon at the Baptist church the Wrights had once attended.

In November 2017, authorities announced the gun used to kill Wright was discovered in a lake in Tippah County, Mississippi — almost 90 miles away from where the body was located.

Turner and Sherra were indicted in December 2017. According to the indictment, the pair attempted to kill Wright once before.

At the hearing for Turner, a statement from Jimmie Martin, who claimed to be the third co-conspirator, was read aloud. Martin, a cousin of Sherra, had been convicted of murdering his girlfriend in 2012 and was serving a 20-year sentence. According to prosecutors, Martin flipped on Sherra and Turner. In his statement, Martin detailed the alleged murder plot against Wright. 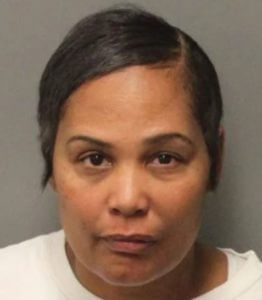 Sherra Wright is already serving a 30 year sentence for her involvement in her ex-husband’s death. (Riverside Sheriff)

Turner has maintained his innocence ever since his arrest. Although he is a pastor, his long rap sheet is dotted with felonies and misdemeanors. Most of Turner’s crimes occurred in the 1990s, and they included aggravated assault, aggravated kidnapping, selling cocaine and criminal trespass, among other offenses.

Turner was carrying two guns when he was detained by police in connection to the killing of Wright. It is a crime for a convicted felon to carry a firearm. Turner pleaded guilty to possessing a weapon as a convicted felon and received a 16 year sentence.

In 2019, Sherra pleaded guilty to facilitation to commit to first-degree murder and is now serving a 30-year sentence. She could end up being called to testify as a witness in the case against Turner.

Following years of delays, first due to evidence and then because of COVID-19, the case is finally poised to go forth.

If convicted, Turner faces life in prison without parole.