BERLIN (AP) — Authorities in Germany said Monday they have issued a new arrest warrant in separate cases for a German man who is also suspected in the disappearance of British toddler Madeleine McCann in Portugal 15 years ago.

The suspect, identified by media as Christian Brueckner, is currently serving a seven-year prison sentence in Germany for a rape he also committed in Portugal in 2005. His prison term is scheduled to end in September 2025.

Concerned that he might be released before standing trial again, prosecutors in the northern city of Braunschweig announced last month that they had charged the 45-year-old in five separate cases involving sexual offenses allegedly committed in Portugal between 2000 and 2017. 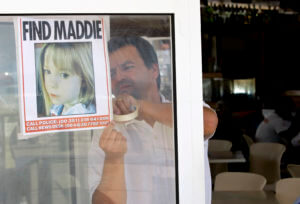 The Braunschweig state court said it has approved an arrest warrant on the grounds that there is “urgent reason” to believe he was behind three cases of serious rape and two cases of child sexual abuse. The arrest warrant must still be approved by authorities in Italy, where he was arrest in 2018 before being extradited to Germany.

The Braunschweig court has said a decision on whether to send the case to trial — a necessary step in the German legal process — is still pending. Due to its calendar of other cases, the opening of any trial cannot be expected before next year, it said.

Brueckner has not been charged in the McCann case, in which he remains under investigation on suspicion of murder. He spent many years in Portugal, including in the resort of Praia da Luz around the time of Madeleine’s disappearance there in 2007. He has denied any involvement in her disappearance.