NASHVILLE, Tenn. (AP) — Hundreds of health care workers gathered outside a Nashville courthouse on Friday to protest the sentencing of a former Tennessee nurse facing the possibility of years in prison for mistakenly causing the death of a patient.

RaDonda Vaught was found guilty in March of criminally negligent homicide and gross neglect of an impaired adult after she accidentally administered the wrong medication. 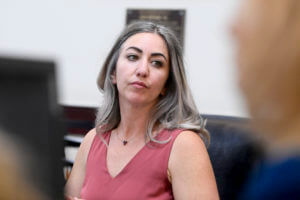 RaDonda Vaught enters the courtroom ahead of her sentencing in Nashville, Tenn., on Friday, May 13, 2022. Vaught was found guilty in March of criminally negligent homicide and gross neglect of an impaired adult after she accidentally administered the wrong medication. (Nicole Hester/The Tennessean via AP, Pool)

The maximum sentence is unlikely given her lack of prior offenses. A presentencing report rated her risk of reoffending as “low.” Vaught faces three to six years for gross neglect and one to two years for criminally negligent homicide. Her attorney asked Friday for judicial diversion, which would allow the charges to be dismissed and expunged after she serves a period of probation.

Prosecutors argued that the gross neglect sentence cannot be diverted. They said they would not object to probation but argued that the judge should consider that Vaught was charged with perjury in 2021 for checking a box on a firearms application that stated she did not have any pending felony charges. They also pointed to an expletive-laden television interview in which Vaught accused prosecutors of lying.

They said the judge should take Vaught’s “attitude” into consideration.

The fact that she faced any criminal penalties at all has become a rallying point for many nurses who were already fed up with poor working conditions exacerbated by the pandemic. The crowd outside listened to the sentencing through loudspeakers, and cheered when some of the victim’s relatives said they wouldn’t want jail time for Vaught. 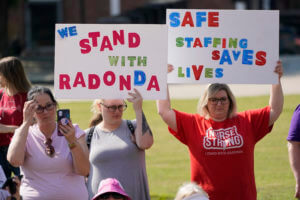 People listen outside the courthouse to a broadcast of the sentencing hearing for former nurse RaDonda Vaught Friday, May 13, 2022, in Nashville, Tenn. Vaught was found guilty of criminally negligent homicide in the death of a patient in March after she accidentally administered the wrong medication. (AP Photo/Mark Humphrey)

“Knowing my mom the way my mom was and stuff, she wouldn’t want to see her serve no jail time. That’s just mom, mom was a very forgiving person,” Michael Murphey told the court. Charlene’s husband, however, does want her to serve a prison sentence, relatives testified.

Vaught apologized to the family in court, saying words will never fully express her “remorse and sorrow.”

“I’ll be forever haunted by my role in her untimely passing,” she said. “She did not deserve that.”

Vaught also apologized that discussion of systemic hospital problems and the danger of criminalizing mistakes by health care workers took some attention away from Charlene Murphey.

Some health care workers have left bedside nursing for administrative positions, while others quit the profession altogether, saying the risk of going to prison for a mistake has made nursing intolerable. Wearing purple T-shirts reading “#IAmRaDonda” and “”Seeking Justice for Nurses and Patients in a BROKEN system,” they listened to speeches from other nurses and supporters. 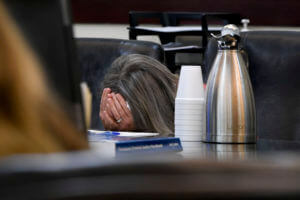 RaDonda Vaught covers her face in her hands her sentencing in Nashville, Tenn., on Friday, May 13, 2022. Vaught was found guilty in March of criminally negligent homicide and gross neglect of an impaired adult after she accidentally administered the wrong medication. (Nicole Hester/The Tennessean via AP, Pool)

Aleece Ellison traveled from Texas to join them. An emergency room nurse for 14 years, she said she broke down crying when Vaught was found guilty.

Ellison said Friday’s outcome could determine whether she stays in nursing. She said she came to Nashville to “let the world know that criminalizing a mistake, an honest mistake, is not a direction we want to go in.”

Janie Reed, who drove over from Memphis, said she became a nurse practitioner several years ago because “bedside was getting dangerous. … There were never enough nurses.”

“I usually don’t do things like this,” she said of the protest. “I’m just so passionate about it. Nurses are going to go to jail and more people are going to die because they won’t report their errors.” Vaught reported her error as soon as she realized what she had done wrong.

The sentencing comes a day after International Nurses Day, and Jason Anderson, of Orlando, was among the nurses coming to Nashville straight from a march for better working conditions in Washington D.C. on Thursday.

Conditions for nurses have been deteriorating for years, “but it was COVID that opened our eyes,” he said.

Vaught, 38, injected the paralyzing drug vecuronium instead of the sedative Versed into 75-year-old Charlene Murphey on Dec. 26, 2017.

Vaught admitted making several errors that led to the fatal injection, but her defense attorney argued that systemic problems at Vanderbilt University Medical Center were at least partly to blame.

The state’s expert witness argued at trial that Vaught violated the standard of care expected of nurses. In addition to grabbing the wrong medicine, she failed to read the name of the drug, did not notice a red warning on the top of the medication, and did not stay with the patient to check for an adverse reaction, nurse legal consultant Donna Jones said.

Leanna Craft, a nurse educator at the neurological intensive care unit where Vaught worked, testified that it was common for nurses at that time to override the system in order to get drugs. The hospital had recently updated an electronic records system, which led to delays in retrieving medications. There was also no scanner in the imaging area for Vaught to scan the medication against the patient’s ID bracelet.

The jury found Vaught not guilty of reckless homicide. Criminally negligent homicide was a lesser offense included under the original charge.
___
Contributors include Associated Press writer Jonathan Mattise in Nashville. 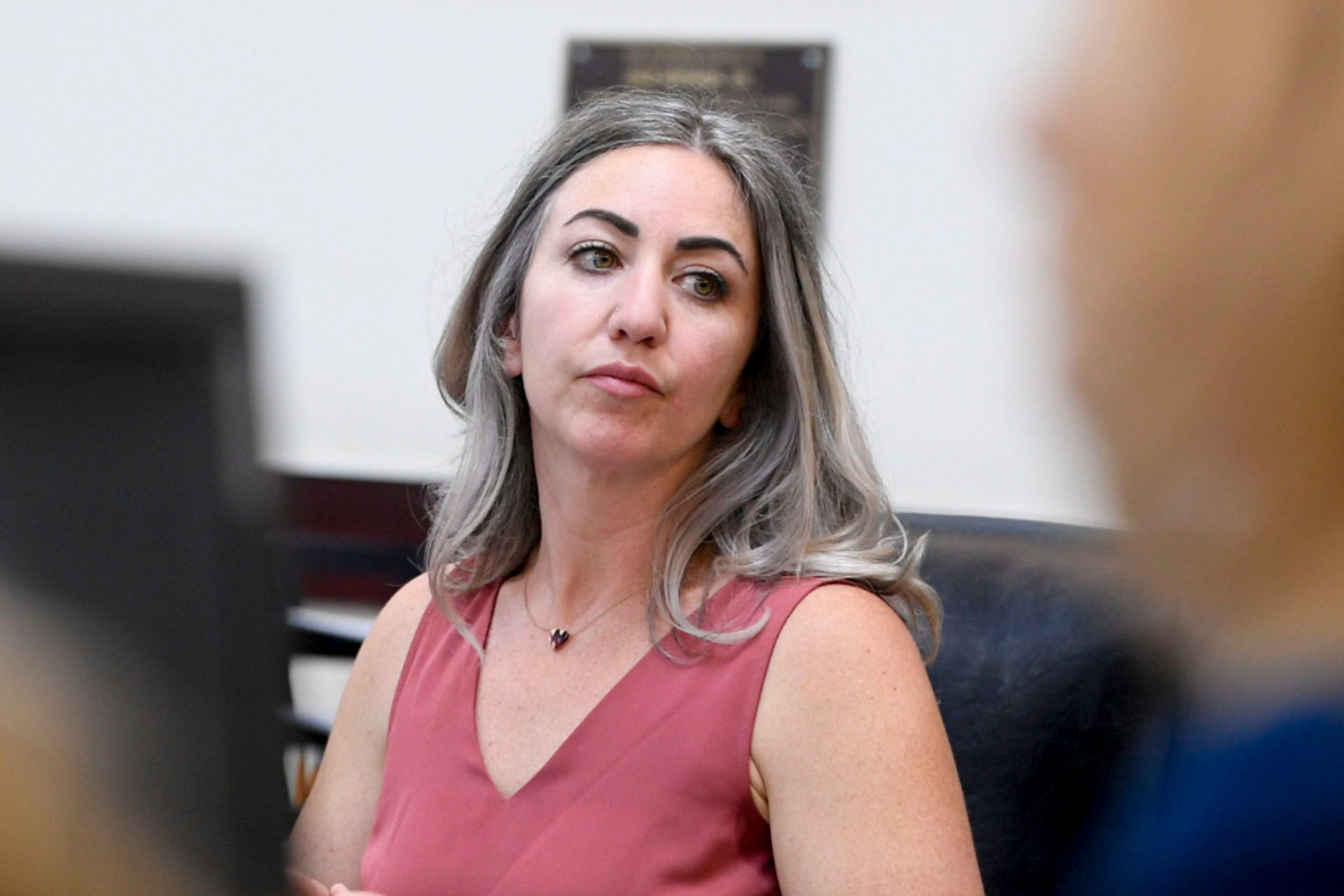 RaDonda Vaught enters the courtroom ahead of her sentencing in Nashville, Tenn., on Friday, May 13, 2022. Vaught was found guilty in March of criminally negligent homicide and gross neglect of an impaired adult after she accidentally administered the wrong medication. (Nicole Hester/The Tennessean via AP, Pool)
MORE NEWS