Family members called 911 after hearing shots and finding Anthony Lee King, 43, unresponsive and bleeding in the backyard. The family told the dispatcher that the neighbor had confronted him before about some perceived political affiliation. 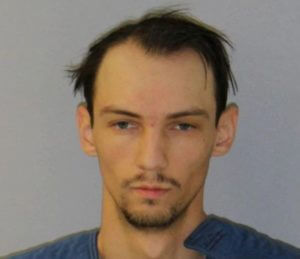 “He’s come over like four times confronting my husband because he thought he was a Democrat,” the caller told dispatchers. “Why? Why? Please, I don’t understand.”

That caller said she had just finished mowing the grass outside of her home on Chapel Road when she heard gunshots.

“I said to my son, what the heck was that?” she told dispatchers. “I looked at the backyard, and that man was walking away from my husband.”

King died of multiple gunshot wounds. His death was ruled a homicide, according to the Butler County Coroner’s Office.

The 911 dispatcher relayed information to the family members in the moments following the shooting.

“Stay inside the house, keep the doors locked, I know that’s hard for you to accept right now, but I need to make sure you two are safe,” the dispatcher told the family members.

Combs, 26, was arrested a short time later, charged with murder. He was booked into the Butler County Jail. Bond was set at $950,000 Monday during a video arraignment.

This story was originally published Nov. 8, 2022 by WCPO in Cincinnati, an E.W. Scripps Company.