MARTIN COUNTY, Fla. (WPTV) — Detectives in Martin County have arrested a landlord who they said was spying on his 12-year-old tenant with hidden cameras.

As cameras seem to just be getting smaller and smaller — some no bigger that the tip of a pen — they’re also becoming easier for criminals to hide.

Detectives said the girl tried to plug a hair straightener into a bathroom outlet and a computer into a bedroom outlet, and neither would go in.

She then noticed something shiny in the outlet, discovering the camera. 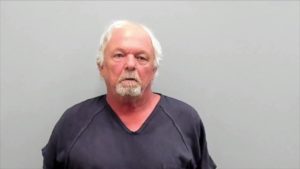 “It was pretty easy to track back to the landlord,” said Martin County Sheriff’s Office Chief Deputy John Budensiek. “The landlord had been seen unannounced in the apartment and he was confronted. The victim’s parents said, ‘Hey, what are you doing here?’ ‘Oh, no problem. I’m just doing electrical work.’ So it made it easier for our guys to track it back.”

Detectives also took Grady’s cell phone and said they found videos on his phone that will also help them figure out how long he had been recording her.

They said Grady was connected to WiFi and could view a live feed from anywhere right to his phone.

This story was originally published Oct. 6 by WPTV in West Palm Beach, an E.W. Scripps Company.