MINNEAPOLIS (AP) — Kneeling on the neck of someone who is handcuffed and in the prone position is “top-tier, deadly” force and should not be used, the head of the Minneapolis Police Department’s homicide division testified Friday at Derek Chauvin’s murder trial.

“If your knee is on a person’s neck, that can kill him,” said Lt. Richard Zimmerman, adding that when a person is handcuffed in the prone position, “your muscles are pulling back … and if you’re laying on your chest, that’s constricting your breathing even more.”

His testimony came a day after a Minneapolis police supervisory sergeant who was on duty the night George Floyd died testified that he believes the officers who restrained Floyd could have ended it after he stopped resisting.

David Pleoger testified Thursday that officers are trained to roll people on their side to help with their breathing after they have been restrained in the prone position.

“When Mr. Floyd was no longer offering up any resistance to the officers, they could have ended the restraint,” Pleoger said.

“And that was after he was handcuffed and on the ground and no longer resistant?” prosecutor Steve Schleicher asked.

Chauvin, 45 and white, is accused of killing Floyd by pinning his knee on the 46-year-old Black man’s neck for 9 minutes, 29 seconds, as he lay face-down in handcuffs. Floyd had been accused of passing a counterfeit $20 bill at a neighborhood market.

His death triggered large protests around the U.S., scattered violence and widespread soul-searching over racism and police brutality. The since-fired Chauvin is charged with murder and manslaughter, and most serious charge him carries up to 40 years in prison.

On Friday, Minneapolis police Sgt. Jon Edwards, the overnight supervisor the night Floyd died, said he secured the scene at the request of Pleoger, who was still at the hospital with Floyd. Edwards said Pleoger told him the encounter had the potential to become a “critical incident,” which could mean someone died or was seriously injured.

Edwards, who was not Chauvin’s supervisor, said he didn’t have details about what happened at that time but arrived to find two of the officers involved in Floyd’s arrest — Thomas Lane and J. Kueng — still at the intersection. He had them put up crime scene tape.

He called other officers to the scene and instructed them to go door to door looking for witnesses. Edwards said he learned later that Floyd had died, after homicide investigators arrived.

Thursday’s testimony began with Floyd’s girlfriend tearfully telling the jury how they met in 2017 — at a Salvation Army shelter where he was a security guard with “this great, deep Southern voice, raspy” — and how they both struggled with an addiction to painkillers.

“Our story, it’s a classic story of how many people get addicted to opioids. We both suffered from chronic pain. Mine was in my neck and his was in his back,” 45-year-old Courteney Ross said.

Prosecutors put Ross on the stand in an effort to humanize Floyd for the jury, portray him as more than a crime statistic and explain his drug use.

The defense has argued that Chauvin did what he was trained to do when he encountered Floyd last May and that Floyd’s death was caused by drugs, his underlying health conditions and his own adrenaline. An autopsy found fentanyl and methamphetamine in his system.

Ross said she and Floyd struggled with addiction throughout their relationship — testimony that could help prosecutors blunt the argument that drugs killed Floyd. Medical experts have said that while the level of fentanyl in his system could be fatal, people who use the drug regularly can develop a tolerance.

Ross said they both had prescriptions, and when those ran out, they took the prescriptions of others and used illegal drugs.

Also Thursday, Seth Bravinder, a paramedic who arrived on the scene that day, said he saw no signs that Floyd was breathing or moving, and it appeared he was in cardiac arrest. A second paramedic, Derek Smith, testified that he checked for a pulse and couldn’t detect one: “In layman’s terms? I thought he was dead.”

On cross-examination, Chauvin’s lawyer pressed Smith on Floyd’s condition as he lay on the pavement. The paramedic expressed himself in blunt terms, saying Floyd was “dead” or “deceased.” 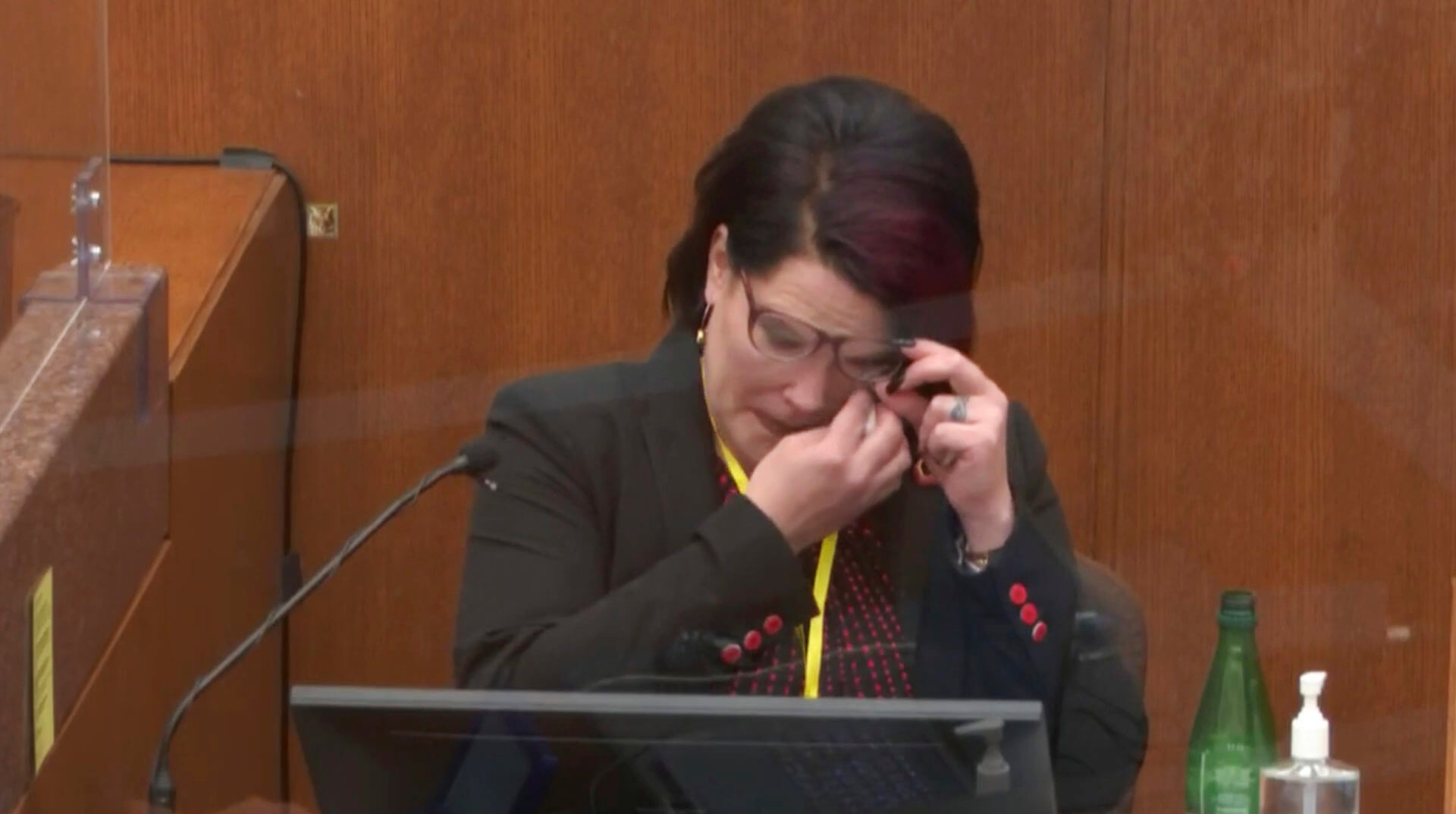