NEW YORK (AP) — A judge was mostly dismissive Tuesday of oral arguments by a lawyer for Prince Andrew who wants to win fast dismissal of a lawsuit alleging that the prince two decades ago sexually assaulted a 17-year-old American who was trafficked by Jeffrey Epstein.

U.S. District Judge Lewis A. Kaplan did not immediately rule at the end of a video conference, but he made clear that he was not leaning Andrew’s way as he rejected much of the reasoning offered by the prince’s attorney, Andrew Brettler, who said the case “should absolutely be dismissed.” 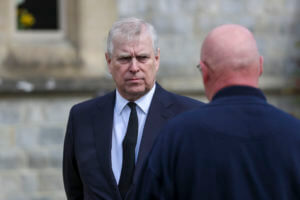 “I appreciate the arguments and the passion. You’ll have the decision pretty soon,” Kaplan told lawyers.

The judge directed that the exchange of potential evidence in the case was to proceed as scheduled.

The oral arguments followed written submissions made weeks ago in the case brought by Virginia Giuffre, a woman who alleged in her August lawsuit that the prince sexually assaulted her multiple times in 2001 after she was introduced to him by financier Epstein and Ghislaine Maxwell.

Epstein, 66, killed himself in a Manhattan federal jail cell in August 2019 while awaiting a sex trafficking trial, while Maxwell, 60, was convicted last week of sex trafficking and conspiracy charges in federal court in New York.

The prince has strenuously denied the allegations in Giuffre’s lawsuit.

Giuffre was once in Maxwell’s London home when Epstein, Maxwell and the prince forced her to have sexual intercourse with Andrew against her will, the lawsuit said. It said that on another occasion in Epstein’s New York mansion, Maxwell forced Giuffre and another victim to sit on Andrew’s lap as he touched Giuffre.

During Tuesday’s arguments, Kaplan rejected Brettler’s assertion that Giuffre’s claims were too vague and that she failed to “articulate what happened to her at the hands of Prince Andrew.”

The judge read aloud a portion of the lawsuit in which Giuffre alleged “involuntary sexual intercourse.”

“There isn’t any doubt what that means,” Kaplan said.

During much of a hearing that lasted over an hour, Brettler argued that the wording of a 2009 settlement agreement between Epstein and Giuffre that resulted in a $500,000 payment to Giuffre protects the prince from being sued by her. The agreement was unsealed and became publicly available on Monday. 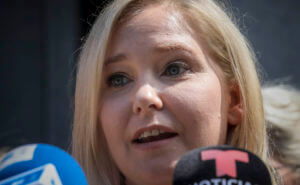 The judge repeatedly disagreed with Brettler’s argument that wording in the agreement about “potential defendants” being protected from being sued by Giuffre would prevent her from suing the prince.

Kaplan noted that there could be many interpretations of what constituted a potential defendant, and that the only parties who would know exactly what was intended were Giuffre and Epstein.

“This is an example where the word ‘potential’ is the use of a word to which you or I cannot find any meaning at all,” the judge said.

He also noted that the sealing of the terms of the settlement deal for a dozen years meant that anyone the parties might have intended to be protected against future lawsuits by Giuffre would never have known, since they couldn’t see it.

The judge also appeared dismissive of other claims by Brettler, including that it was unconstitutional for New York’s governor to permit the temporary changing of a New York state law to allow lawsuits pertaining to sex abuse from decades ago to be filed.