NEW YORK (AP) — R&B singer R. Kelly has been jailed in New York City in anticipation of his sex-trafficking trial later this summer. 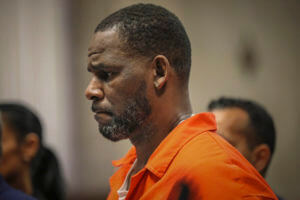 A federal prison website on Wednesday listed Kelly as an inmate at the Metropolitan Detention Center in Brooklyn. He arrived there Tuesday afternoon from Chicago, where he was being held on similar charges.

Kelly, 54, is accused of leading an enterprise made up of his managers, bodyguards and other employees who helped him recruit women and girls for sex. Federal prosecutors say the group selected victims at concerts and other venues and arranged for them to travel to see Kelly.

The Grammy Award-winning singer denies ever abusing anyone.