RACINE, Wis. (AP) — A woman accused of killing her housekeeper and dumping her body in a southern Wisconsin cornfield in 1999 has been found guilty of criminal charges.

For nearly two decades the victim was known only as Jane Doe. Advances in DNA technology eventually led to her identification as 23-year-old Peggy Lynn Johnson.

She lived with La Roche and her family at their home in McHenry, Illinois were she worked as a nanny and housekeeper.

La Roche was accused of physically abusing Johnson for years. An autopsy report said Johnson died from sepsis pneumonia due to infection from injuries she suffered during chronic abuse.

According to the criminal complaint, a passer-by found Johnson’s beaten body while walking his dog in Raymond, which is about 40 miles (65 kilometers) northeast of McHenry. 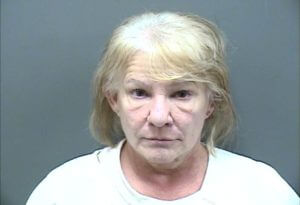 An autopsy showed she was malnourished, had been struck in the head shortly before death, and had a broken nose and broken ribs, some of which were broken after death and some that had been previously broken and were healing. Johnson had also been burned, possibly with a chemical, over 25% of her body, and had branding marks on her body.

Racine County Sheriff Christopher Schmaling said the victim had been “barbarically” brutalized over a long period of time.

Assistant District Attorney Diane Donohoo said during closing statements that she believed La Roche was jealous of Johnson, who was loved by the family.