Prosecutors and Rittenhouse’s attorneys confirmed with Kenosha County Circuit Judge Bruce Schroeder during a 10-minute status conference that the trial will begin Nov. 1. Both sides said they don’t expect the proceeding to last the full two weeks.

In a sign of the intense publicity surrounding the case, they also told the judge they plan to send out questionnaires to prospective jurors to ask them about their background and beliefs. The questionnaires can help attorneys decide whom to strike from the pool. Attorneys in the trial of a white former police officer who was convicted of killing George Floyd in Minneapolis used such questionnaires.

Schroeder said he wants to see the questionnaires by Aug. 1.

Rittenhouse appeared in person in the courtroom for the first time since he was arrested last year. COVID-19 protocols have forced him to appear via video at previous proceedings but those restrictions have been lifted. He sat at the defense table dressed in a blue suit, blue tie and a black surgical face mask. He said nothing.

Prosecutors say Rittenhouse, who was 17 at the time, shot and killed two people and wounded a third in August after traveling from his home in Antioch, Illinois, to Kenosha. The city was in the throes of several nights of sometimes violent demonstrations after Officer Rusten Sheskey shot Blake, leaving the Black man paralyzed from the waist down. 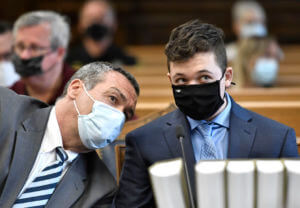 Kyle Rittenhouse, right, listens to his attorney, Mark Richards, during Rittenhouse’s pretrial hearing Friday, May 21, 2021 at the Kenosha County Courthouse in Kenosha, Wis. Rittenhouse’s attorneys and prosecutors are expected to iron out deadlines and other housekeeping matters ahead of his trial in November. Rittenhouse is charged with killing two men and wounding a third during the August protests. (Sean Krajacic/The Kenosha News via AP, Pool)

Cellphone footage shows Rittenhouse, who is white, walking past police lines with his hands up and his rifle still slung over his shoulder even as protesters screamed that he had just shot people.

He turned himself in to police in Antioch several hours later, maintaining that the three men attacked him and he fired in self-defense.

He has since become a polarizing figure in the national conversation over police brutality and racism. Conservatives have held him up as a symbol for gun rights and praised him for pushing back against anti-police protesters, even going so far as to raise $2 million to cover his bail. Others contend he escalated tensions by walking around the protest with a rifle.

Rittenhouse’s attorney, Mark Richards, has said in court documents that Rittenhouse and his family have moved into an undisclosed safe house because they’ve received multiple threats. 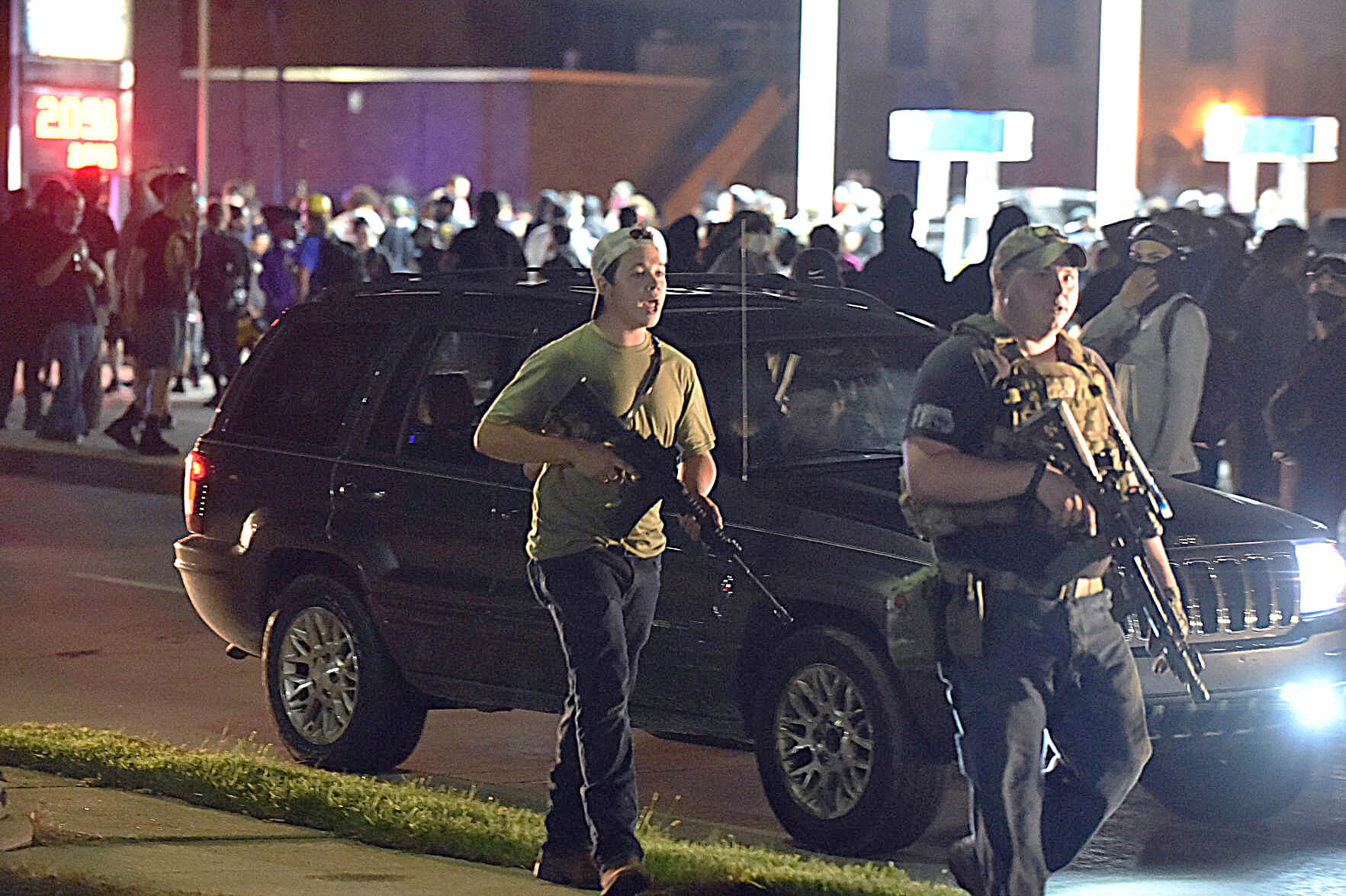 FILE - in this Aug. 25, 2020 file photo, Kyle Rittenhouse, left, with backwards cap, walks along Sheridan Road in Kenosha, Wis., with another armed civilian. Rittenhouse, the Illinois man accused of killing two people during the chaotic protests that followed the police shooting of Jacob Blake in Wisconsin, was due Friday, May 21, 2020, to make his first in-person court appearance. COVID-19 protocols in the Kenosha County courthouse have forced Rittenhouse to make all his court appearances since he was charged in August via video from his attorney's office. (Adam Rogan/The Journal Times via AP, File)
MORE NEWS