By VADIM GHIRDA and STEPHEN McGRATH

Ramona Bolla, a spokesperson for Romanian anti-organized crime agency DIICOT, said the court rejected an appeal by Tate against a judge’s earlier decision to extend his arrest from 24 hours to 30 days. 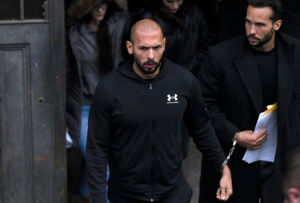 Andrew Tate, center, and his brother Tristan, leave after appearing at the Court of Appeal, in Bucharest, Romania, Tuesday, Jan.10, 2023. The divisive social media personality Andrew Tate arrived at a court in Romania in handcuffs on Tuesday morning to appeal a judge’s earlier decision to extend his arrest period from 24 hours to 30 days on charges of being part of an organized crime group, human trafficking and rape. (AP Photo/Alexandru Dobre)

Tate, 36, a British-U.S. citizen who has 4.5 million followers on Twitter, was initially detained on Dec. 29 for 24 hours along with his brother Tristan, who was charged in the same case. Two Romanian women also were taken into custody.

The Bucharest Court of Appeal late Tuesday rejected all four appeals against a judge’s Dec. 30 decision to grant prosecutors’ request to extend the arrest period. A document explaining the judge’s earlier decision said “the possibility of them evading investigations cannot be ignored,” and that they could “leave Romania and settle in countries that do not allow extradition.”

Tate and the other three defendants arrived at the Bucharest court in handcuffs Tuesday morning and were taken away in the afternoon, hours before the court ruled against them.

After Tate lost his appeal, a cryptic post on his Twitter account read: “When Allah said ‘I test only those I love.’ I took the pain like it was an honour — Abu Hurayrah.” It was one of several ambiguous posts that appeared on the account since his arrest.

Tate, a former professional kickboxer who has reportedly lived in Romania since 2017, was previously banned from various prominent social media platforms for expressing misogynistic views and hate speech. The week of his arrest, he traded insults on Twitter with teenage climate activist Greta Thunberg. 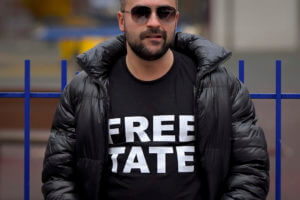 A man stands outside the Court of Appeal during the hearings for Andrew Tate, his brother Tristan and two other suspects in Bucharest, Romania, Tuesday, Jan.10, 2023. Andrew Tate, a divisive social media personality and former professional kickboxer, was detained last month in Romania on charges of human trafficking and rape, and later arrested for 30 days after a court decision. (AP Photo/Alexandru Dobre)

DIICOT said it had identified six victims in the trafficking case who were subjected to “acts of physical violence and mental coercion” and were sexually exploited by the members of the alleged crime group.

The agency said victims were lured by pretenses of love, and later intimidated, kept under surveillance and subjected to other control tactics while being coerced into performing pornographic acts that were intended to make money for their alleged persecutors.

Prosecutors investigating the case have seized 15 luxury cars, at least seven of which were owned by the Tate brothers, and more than 10 properties or land owned by companies registered to them, DIICOT spokesperson Bolla said.

Bolla said that if prosecutors can prove the Tates gained money through human trafficking, the assets “will be taken by the state and (will) cover the expenses of the investigation and damages to the victims.”

After the appeals court upheld the arrest warrant extension, prosecutors can now request detentions of up to 180 days for the four people charged.

One, posted Sunday and accompanied by a Romanian report suggesting he or his brother have required medical care since their arrests, read: “The Matrix has attacked me. But they misunderstand, you cannot kill an idea. Hard to Kill.”

Hope not Hate, a U.K. advocacy group, said it monitored Tate for years “because of his close links to the far right.” It described the influencer in a report it produced last year as an “extreme misogynist” who holds conspiratorial views.

“Our major concern is that his brand of extreme and sometimes violent misogyny is reaching a young male audience and that he could serve as a gateway to wider far-right politics,” Hope not Hate said in a statement after Tate was banned by Facebook parent company Meta in August. 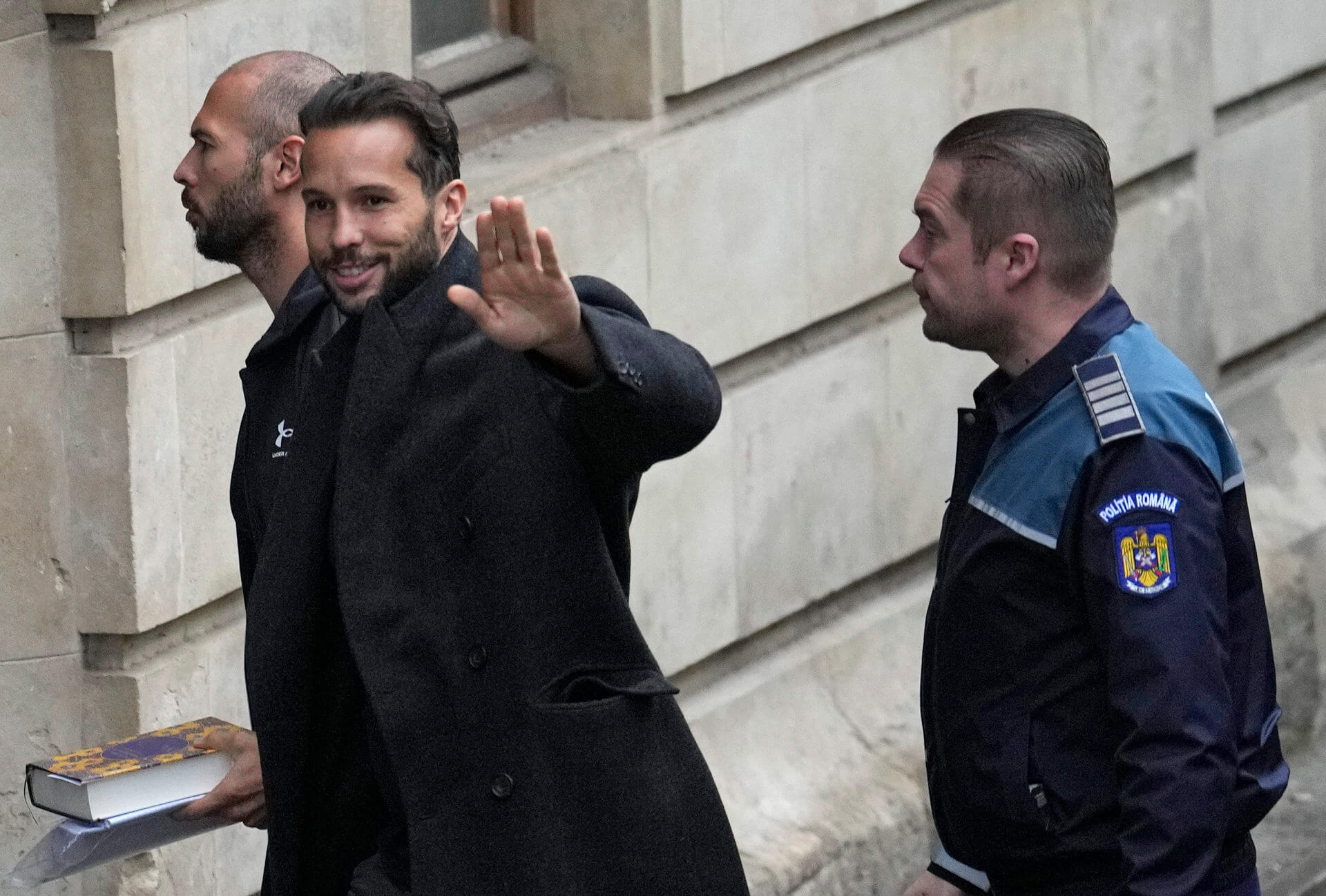 Andrew Tate, right, and his brother Tristan, second right, are brought by police officers to the Court of Appeal, in Bucharest, Romania, Tuesday, Jan.10, 2023. Andrew Tate, a divisive social media personality and former professional kickboxer, was detained last month in Romania on charges of human trafficking and rape, and later arrested for 30 days after a court decision. (AP Photo/Vadim Ghirda)
MORE NEWS