NASHVILLE, Tenn. (WTVF) — Singer Michelle Branch has been charged with domestic assault after Metro Nashville police say she slapped her husband multiple times in the face. 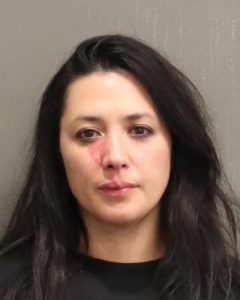 Both parties live together in Nashville and were interviewed separately after police responded to a report of a possible domestic disturbance.

Branch told police on August 11 that she and her husband are having marital issues and had been arguing. While the argument began at another location, it continued as they arrived home, she said.

The argument escalated and Branch admitted that she slapped him “one to two times.”

Her husband was interviewed by police and said he was slapped during the argument. Police said the victim did not have visible injuries.

Branch was taken into custody without incident.

This story was originally published Aug. 12 by WTVF in Nashville, an E.W. Scripps Company.