Bannon appeared as a reluctant witness in Stone’s criminal trial in federal court under subpoena and said he otherwise would not have taken the stand.

Stone, a colorful political operative and Trump ally, is charged with witness tampering and lying to Congress about his attempts to contacts WikiLeaks about damaging material during the 2016 presidential campaign.

On the witness stand, Bannon said Stone boasted about connections to WikiLeaks founder Julian Assange, regularly implying he had an inside track on WikiLeaks. He also detailed that there would be information coming from the anti-secrecy organization that would be “hurting Hilary Clinton and helping the Trump campaign,” Bannon said.

“The campaign had no official access to WikiLeaks or to Julian Assange. But Roger would be considered if we needed an access point,” Bannon said. 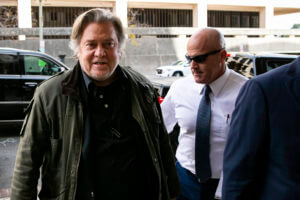 While Stone repeatedly “implied that he had a connection with WikiLeaks,” he never stated it directly, Bannon added.

Bannon said he had been interviewed several times by special counsel Robert Mueller’s team, which was investigating Russian interference in the 2016 presidential election and potential coordination with the Trump campaign. He also appeared before a federal grand jury and testified before Congress about the matters.

His testimony came after comedian and radio talk show Randy Creidco told jurors that Stone pressured him into backing up lies he told Congress, threatening to take away his dog at one point.

Randy Credico said Stone pressed him to “go along” with a false account of the operative’s contacts with WikiLeaks during the 2016 U.S. presidential campaign.

“He wanted me to go along with this narrative,” Credico said in his second day of testimony.

Stone called a Credico a “rat” and a “stoolie” in a threatening April 2018 email.

“My lawyers are dying to rip you to shreds. I’m going to take that dog away from you,” he said in the email, which Credico read aloud in court. And while Credico testified he considered the threat “hyperbole,” he also said that Stone “plays hardball” and “I did not want to rile the guy.”

The radio host told the court he’s had his dog Bianca, a small breed known as a coton de tulear, since 2006. “I have no wife, no kids, I’ve been around the dog for 12 years,” he said.

Credico has occasionally provoked laughter in court and warnings from the judge. He says Stone used repeated references from the movie “The Godfather Part II” to intimidate him into either backing up Stone’s testimony to Congress or refusing to testify.

Thursday’s testimony detailed the acrimonious collapse of the relationship between the liberal Credico and Stone, a longtime conservative operative who revered Richard Nixon so much that he has the disgraced former president’s face tattooed on his back. 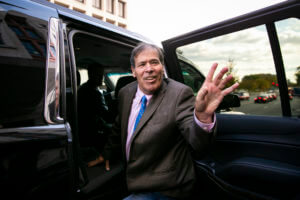 Credico and Stone met in 2002 through the campaign of a third-party candidate for New York governor. Despite their political differences, Stone was a regular guest on Credico’s radio show.

Stone is a confidant of President Donald Trump who claimed he had inside information that WikiLeaks would release information damaging to Hillary Clinton.

Under pressure, he told Congress that Credico was the source of his inside information. The comedian says he and Stone never discussed WikiLeaks before late August 2016, making it impossible that he was the “trusted intermediary” that Stone had been referring to for months.

Credico did manage to contact WikiLeaks founder Julian Assange through mutual acquaintance Margaret Kunstler, and hosted Assange on his radio show on Aug. 25, 2016. He says Stone, who had already claimed in interviews to have a back-channel link to Assange, immediately started asking Credico to put him in touch with Assange.

In an often testy cross-examination, defense attorney Robert Buschel tried to paint Stone as the victim of a con job by Credico, saying that the radio host repeatedly lied to Stone to exaggerate his connection and influence with Assange.

They went through the pair’s text exchanges before Credico’s September 2016 trip to London. Credico wrote to Stone that a meeting with Assange, who was sheltering from prosecution in the Ecuadoran embassy, was “on the agenda.” In reality, there was no meeting planned and the closest Credico got to Assange was delivering a letter from his radio station’s administration to the embassy offering Assange a show on their channel. 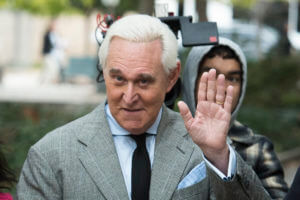 Credico said Stone was pestering him with requests and that he led Stone to believe he was working on making contact with Assange “just to satisfy him and get him off my back.”

Buschel asked, “You played him, didn’t you?” But Judge Amy Berman Jackson disqualified the question when the prosecution objected.

Credico also said he wasn’t concerned about Stone’s threats to his dog, saying he dismissed it at the time as Stone’s trademark aggressive rhetoric.

“I know he would have never touched that dog,” Credico said. “It was hyperbole by him.”

He was, however, very afraid of alienating Stone completely. Although the pair had traded harsh accusations in dozens of texts and emails, they also maintained a cordial relationship and even worked together on occasion.

Credico explained that he was walking a stressful tightrope, fending off Stone’s accusations and pressure without fully alienating him.

“I did not want to rile the guy. I cannot play on his level,” Credico told the court. “He plays hardball. He throws a lot of junk and I didn’t want to get hit.” 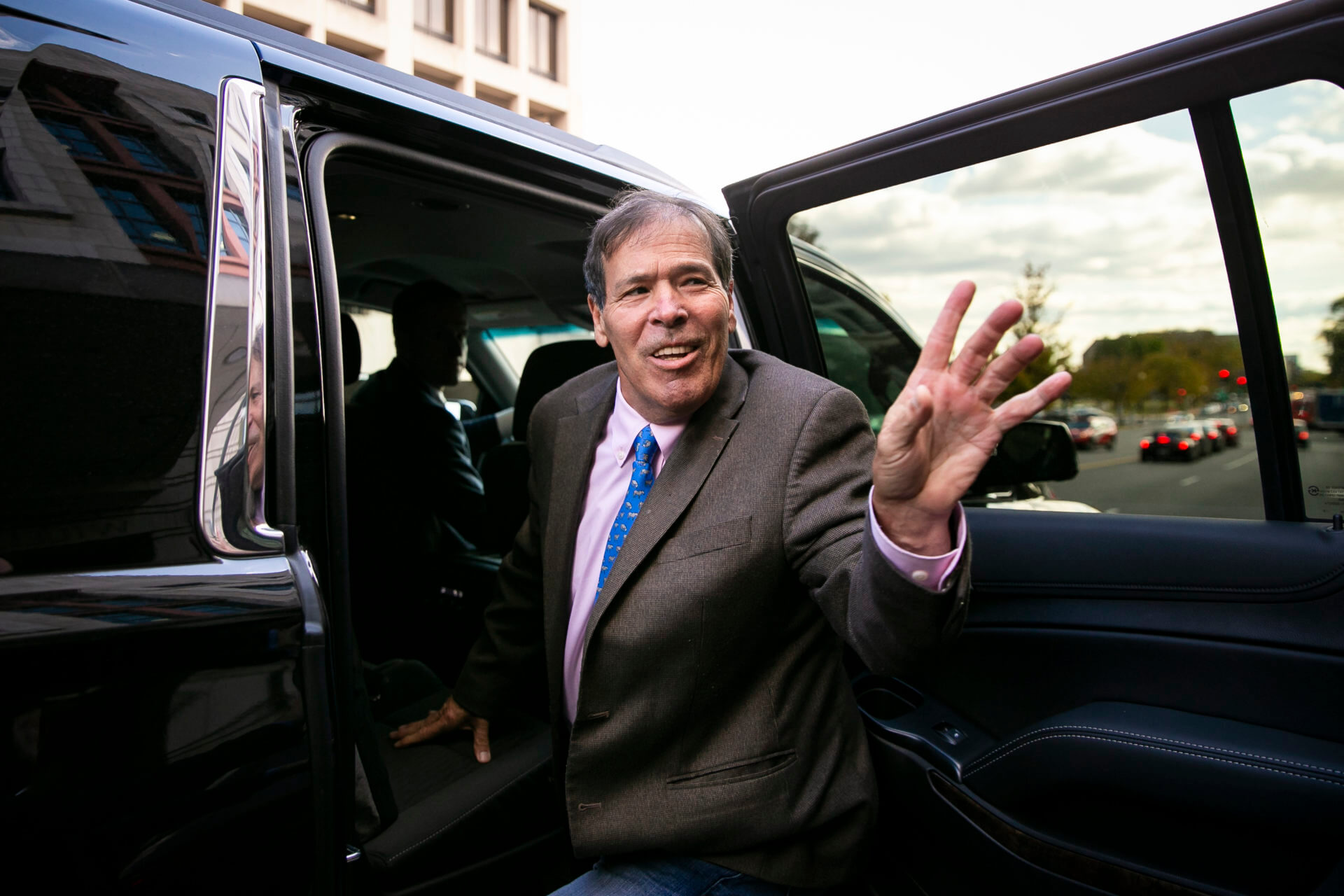