DENVER (KMGH) — A 17-year-old accused of shooting and killing a man on Interstate 70 in Denver in late July has been charged as an adult. 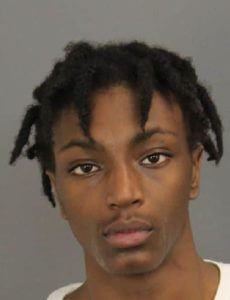 James is accused of shooting and killing 31-year-old Kevin Piaskowki on July 31. Around 11 p.m. that evening, officers with the Denver Police Department responded to westbound I-70 and N. Quebec Street after receiving reports of a vehicle crash and shooting. Police learned that the suspect had shot at another vehicle, crashed the stolen silver Dodge pickup truck he was driving, and fled on foot.

Piaskowki died of his injuries. Police began to search for the suspect driver.

The Office of the Medical Examiner identified the deceased driver on Aug. 3 as Piaskowski. He had died of a gunshot wound and his death was ruled a homicide, the office said.

James was arrested by the police department’s fugitive unit on Aug. 12.

Witnesses who spoke with Denver7 said the shooting was random and appeared to be the result of road rage.

Tamra Holton, Piaskowski’s fiancée, told Denver7 in an interview that the couple was planning a life together and were recently engaged with wedding plans already underway.

Piaskowski was a United Airlines employee, and the company issued the following statement to Denver7 following his death: “We are incredibly saddened by the tragic loss of Kevin Piaskowski, a United Airlines employee. United extends our deepest condolences to Kevin’s family, friends and coworkers. We are providing our employees with emotional support and resources during this time.”

The arrest warrant for James remained sealed as of Tuesday afternoon.

This story was originally published Oct. 4, 2022 by KMGH in Denver, an E.W. Scripps Company.