ABERDEEN, Md. (WMAR) — A teenage gang member has been charged in connection to the July 2022 murder of a 20-year-old Maryland woman. 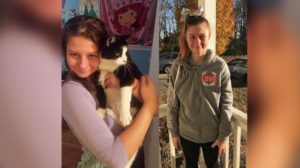 What started off as a 911 call for cardiac arrest, soon turned into a gruesome discovery. Responding officers found Kayla Hamilton strangled to death inside a mobile home.

Investigators learned that Hamilton is autistic and had recently moved to the area with her boyfriend. Police say DNA evidence collected at the crime scene led them to a 17-year-old from El Salvador.

Working with U.S. Immigration and Customs Enforcement, detectives confirmed the teen is undocumented and a member of the violent MS-13 gang. The suspect was taken into custody on January 15 and is currently being held without bail at the Harford County Detention Center.

So far police have not revealed a potential motive.

This story was originally published Jan. 19, 2023 by WMAR in Baltimore, an E.W. Scripps Company.