MEMPHIS, Tenn. (AP) — A Tennessee police officer was charged with kidnapping a man in a squad car while on duty and fatally shooting him, authorities said.

Patric Ferguson, a Memphis police officer since 2018, was charged in the death of Robert Howard, 30, of Memphis. Howard was reported missing Wednesday, Memphis police said in a statement Sunday on Twitter. 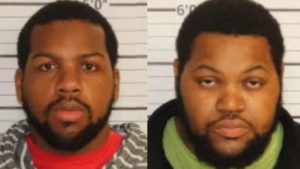 Ferguson, 29, was fired following his arrest, the statement said.

Ferguson used a personal handgun to allegedly force Howard into the back of a police car and drove him to an area where he was shot, the statement said. An acquaintance, Joshua Rogers, 28, was charged with helping Ferguson relocate Howard’s body.

It wasn’t immediately known whether Ferguson or Rogers have attorneys who could comment on their behalf.