FORT LAUDERDALE, Fla. (AP) — Florida school shooter Nikolas Cruz as a toddler was intellectually and physically behind other children, which caused him to isolate himself and hit and bite to get what he wanted, a daycare administrator and former neighbor testified Tuesday at his penalty trial for mass murder.

Cruz’s attorneys began the second day of their defense by building on testimony that his birth mother’s cocaine and alcohol abuse during pregnancy left him severely brain damaged, putting him on a road that led to him murdering 14 students and three staff members at Parkland’s Marjory Stoneman Douglas High School on Feb. 14, 2018.

They are trying to persuade his jury to sentence him to life without parole instead of death. Cruz, 23, pleaded guilty in October to the murders and the trial is only to determine his sentence. Prosecutors say no drugs were found in Cruz’s system at birth. The defense says that’s because his birth mother was put in a residential drug rehab program when she was six months pregnant, but the damage had been done. 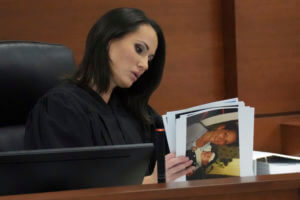 Judge Elizabeth Scherer flips though baby photos of Marjory Stoneman Douglas High School shooter Nikolas Cruz as they are admitted into the record during the penalty phase of his trial at the Broward County Courthouse in Fort Lauderdale, Fla., Tuesday, Aug. 23, 2022. Cruz previously plead guilty to all 17 counts of premeditated murder and 17 counts of attempted murder in the 2018 shootings. (Amy Beth Bennett/South Florida Sun Sentinel via AP, Pool)

Anne Fischer, who ran the daycare center Cruz attended from about age 1, said he did not progress as fast as other children and was smaller. She said while the other toddlers could ask for their water cups and use a spoon, Cruz could not. She said he would fall down when he tried to run and his head and ears seemed disproportional to his body.

“He isolated himself a lot. He would sit in the corner and observe,” Fischer said.

He pushed other kids because he “didn’t know how to express himself,” she said. “If someone else had a toy that Nikolas wanted, he would just go up and grab the toy and hit the child’s hand to get the toy or the object. If a teacher was trying to work with him to get him to use his spoon or not his hand, he would hit the teacher’s hand away.”

She said Lynda Cruz, his adoptive mother, was loving toward Nikolas and tried to do the best she could, but was slow to admit he had problems.

She said that since the shooting, she sometimes feels a bit guilty, wondering if there was something she could have done “so he could be a better person.”

Patricia Devaney-Westerlind, who lived across the street from Lynda and Roger Cruz, said Lynda Cruz kept the family’s 4,500-square-foot home immaculate and that she was nurturing to Nikolas and his younger half-brother Zachary, whom the family also adopted.

“He was a cute little baby,” she said of Nikolas. “She would go and get him all these sailor outfits. She was just the happiest I ever saw her.” 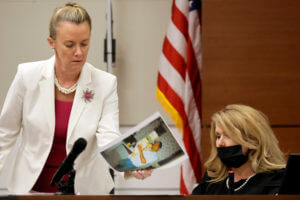 Assistant Public Defender Melisa McNeill shows an undated photo of Roger Cruz holding baby Nikolas Cruz to Patricia “Trish” Devaney Westerlind as she testifies during the penalty phase of the trial of Marjory Stoneman Douglas High School shooter Nikolas Cruz at the Broward County Courthouse in Fort Lauderdale, Fla., Tuesday, Aug. 23, 2022. Devaney Westerlind lived in Parkland from 1998 to 2008 and was a neighbor of the Cruz family. Cruz previously plead guilty to all 17 counts of premeditated murder and 17 counts of attempted murder in the 2018 shootings. (Amy Beth Bennett/South Florida Sun Sentinel via AP, Pool)

But she saw many of the same issues that Fischer did — that other than her daughter, who was about eight months younger than him, Nikolas Cruz could not relate to other children.

“I didn’t see anything that different until about maybe 18 months old. He’s very, very hyper. Very,” she said. “Always running around. He wasn’t talking, so if he wanted a toy, he would go after someone.”

Devaney-Westerlind said when the children of the neighborhood would gather at her home, Cruz would stay by himself and hide behind the blinds.

“You’d see all the kids playing on the floor with different toys and he’d be somewhere else,” she said.

She said Cruz was a bed and pants wetter until he was 6 or 7, which caused other children to pick on him.

“He would get upset and he would start breaking their toys,” she said. “He would be very upset, he would clench his fists. He’d be very angry. It would go on for a while. He wouldn’t get over it.”

John Newnham, a special education counselor who worked with Cruz from kindergarten through fifth grade, said he was usually kept in small classes with similarly diagnosed students. He said Cruz seemed fearful, would avoid eye contact and didn’t like shaking hands or other forms of greeting like a fist bump.

When Roger Cruz died shortly after Nikolas entered kindergarten, he said, Lynda Cruz remained a loving parent but became overwhelmed by being a single mom of two “very rambunctious” boys who were “defiant and hard to control and given to conflict in the neighborhood.”

“She was reluctant to discipline the boys. She was somewhat fearful of them,” Newnham said.

He said Cruz lacked self-confidence and would say about himself, “I’m just stupid. I’m a freak.” He would tear up his writings and break his pencils.

“He was somewhat of a perfectionist,” Newnham said.

Lynda Cruz died in November 2017, about four months before the shooting.

The defense is trying to overcome the prosecution’s case, which featured surveillance video of Cruz mowing down students and staff as he stalked a three-story building for seven-minutes, photos of the aftermath and a jury visit to the building.

For Cruz to receive a death sentence, the jury must be unanimous. If one juror votes for life, that will be his sentence. 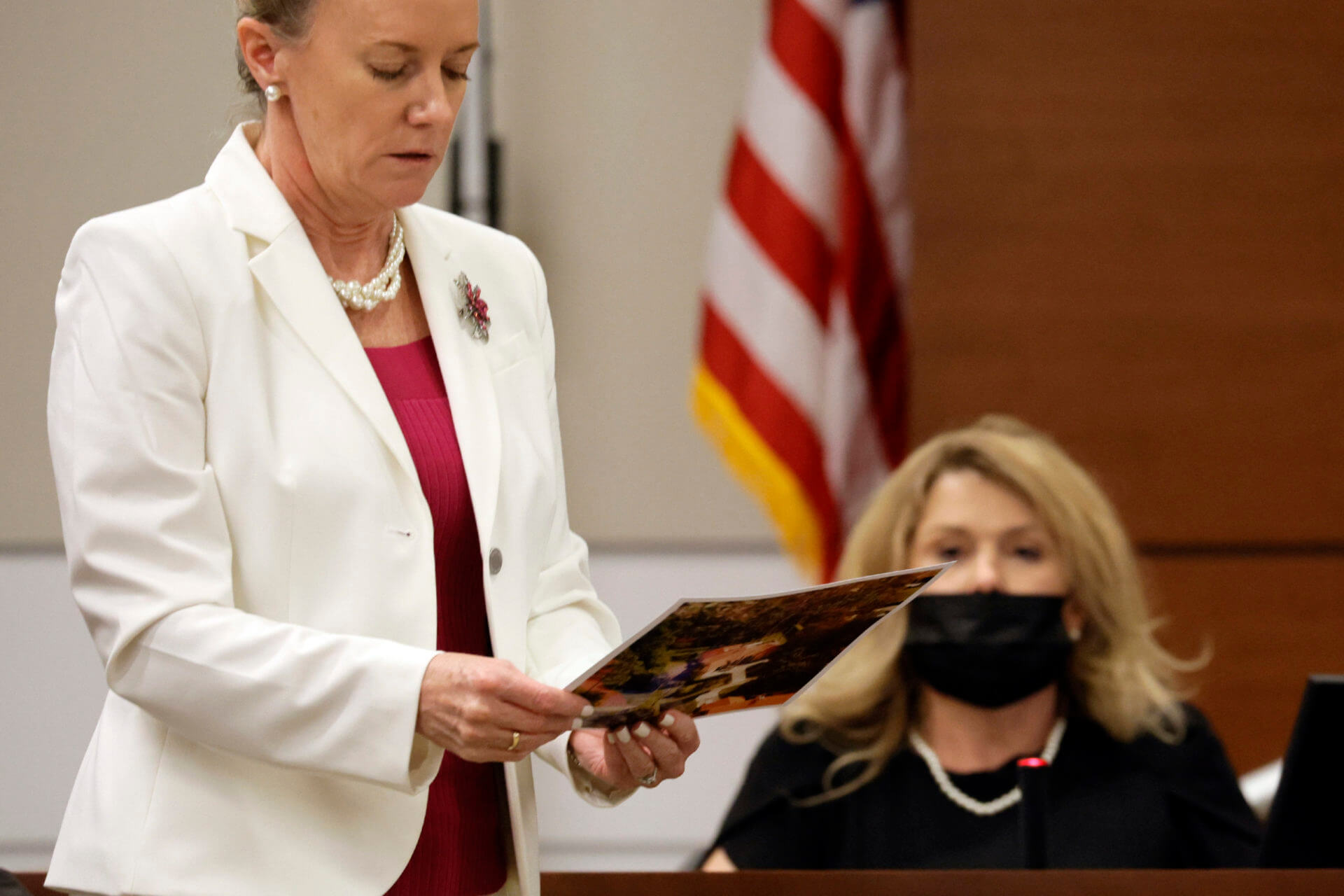 Assistant Public Defender Melisa McNeill carries a photo of the Cruz house as Patricia "Trish" Devaney Westerlind as she testifies during the penalty phase of the trial of Marjory Stoneman Douglas High School shooter Nikolas Cruz at the Broward County Courthouse in Fort Lauderdale, Fla., Tuesday, Aug. 23, 2022. Devaney Westerlind lived in Parkland from 1998 to 2008 and was a neighbor of the Cruz family. Cruz previously plead guilty to all 17 counts of premeditated murder and 17 counts of attempted murder in the 2018 shootings. (Amy Beth Bennett/South Florida Sun Sentinel via AP, Pool)
MORE NEWS