Finai Browd, a close friend of Cruz’s late adoptive mother Lynda, said she was told Roger Cruz had been in the family’s den with Nikolas and his younger brother Zachary when he came running and crying past the kitchen where his mother was making lunch.

Lynda Cruz asked her son if he was upset because his father had yelled at him. 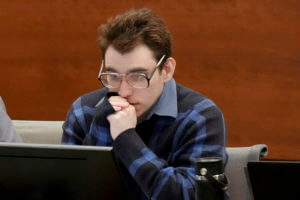 “As clear as sunshine he said, ‘No, Daddy is dead,’” Browd said she was told by his mother. Lynda Cruz rushed into the den and found her husband had succumbed to a heart attack on the couch. Previous testimony showed that Nikolas Cruz did not get grief counseling until four years after the 2004 death.

Cruz, 23, pleaded guilty in October to murdering 14 students and three staff members at Parkland’s Marjory Stoneman Douglas High School on Feb. 14, 2018. A seven-man, five-woman jury will decide whether he is sentenced to death or life without parole. For the former Stoneman Douglas student to received a death sentence, the jury must be unanimous.

Trying to overcome the emotional, gruesome and graphic evidence and testimony the prosecution presented over three weeks as it laid out the killings, the defense has spent the first five days of its case trying to show that from the time he was conceived in the womb of a crack-smoking, hard-drinking prostitute he was put on a road that created a killer.

His public defenders played video recorded testimony of Browd, who has health issues that prevented her from coming to court. She and Lynda Cruz became best friends while working at a New York insurance company in the 1980s, with they and their husbands moving to Florida at approximately the same time so they could remain near each other. 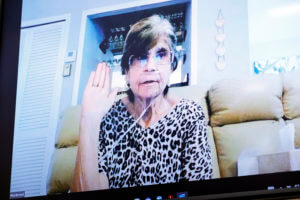 Finai Browd is shown on a courtroom monitor during her videotaped testimony during the penalty phase of the trial of Marjory Stoneman Douglas High School shooter Nikolas Cruz at the Broward County Courthouse in Fort Lauderdale, Fla., Monday, Aug. 29, 2022. Browd is an old friend of Lynda Cruz. Cruz previously plead guilty to all 17 counts of premeditated murder and 17 counts of attempted murder in the 2018 shootings. (Amy Beth Bennett/South Florida Sun Sentinel via AP, Pool)

Browd said Lynda Cruz was a doting mother when she brought Nikolas home.

“She was ecstatic, overjoyed,” Browd said. “She was a great mom.”

But by the time Nikolas Cruz was 4, he was throwing tantrums that went beyond what children normally have, she said.

“He would throw things. He would lay down and scream and cry, but not like a normal kid,” Browd said. She said that most children will stop if spoken to with a stern voice, but “he wouldn’t.”

She said Cruz would have severe separation anxiety whenever his mother would leave him with her to run errands.

“He would stand at the window screaming and crying and I would have to yell at him to get away from the window,” Browd said. “It took a long time to calm him down. He would stand there for a few hours and do this.”

She said his mother didn’t set boundaries for him. For example, Lynda and Roger Cruz traded in the family’s van for a BMW SUV when their oldest son was 4, but he didn’t like it because he couldn’t stand up and move like he could in the van. So after three weeks, Lynda Cruz traded in the BMW for another van, Browd said.

Lynda Cruz died of pneumonia four months before the shootings.

Before Browd’s testimony was played, his third and fourth grade special education teacher testified that he was a sad and sometimes violent and disruptive student who didn’t make friends with his classmates.

Lynn Rodriguez said that when she taught Cruz in 2008 and 2009, he had difficulty staying on task and was “very small” for his age, leading to him being bullied at school, on the bus and by his younger brother at home.

“He couldn’t stand up for himself,” Rodriguez said. He had been assigned to special education since kindergarten after being diagnosed with emotional and developmental problems and a speech disability.

“Nikolas was very quiet, aloof,” she said. “He didn’t blend in well with the other students. He was anxious, very anxious. He did not want to share. That would upset him.”

She said that when he would get frustrated, he would turn violent, hitting other students and tearing up their assignments and projects. That, of course, separated him even further from his peers.

One other trait stuck out for her.

“You didn’t see him laughing or happy,” she said. 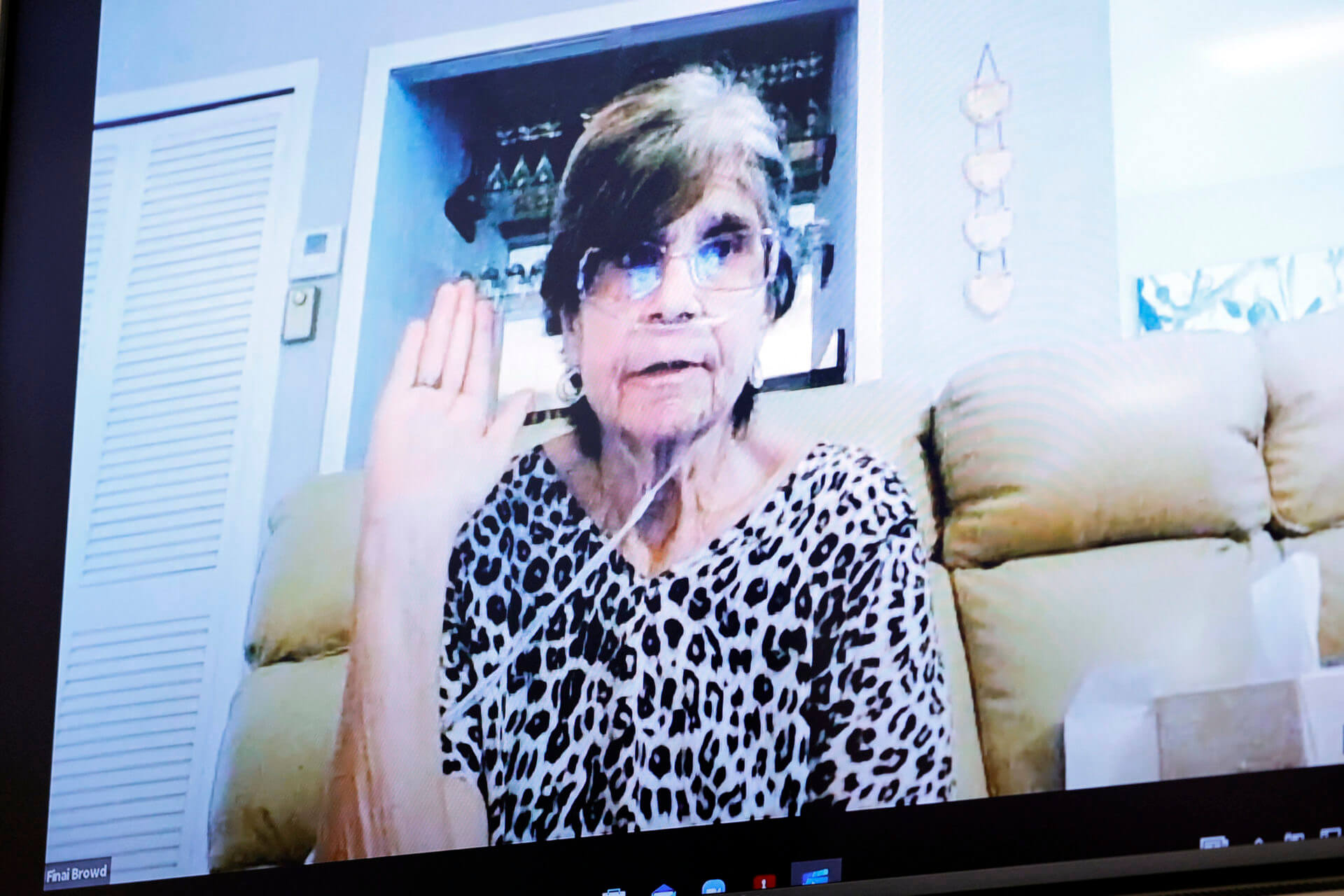 Finai Browd is shown on a courtroom monitor during her videotaped testimony during the penalty phase of the trial of Marjory Stoneman Douglas High School shooter Nikolas Cruz at the Broward County Courthouse in Fort Lauderdale, Fla., Monday, Aug. 29, 2022. Browd is an old friend of Lynda Cruz. Cruz previously plead guilty to all 17 counts of premeditated murder and 17 counts of attempted murder in the 2018 shootings. (Amy Beth Bennett/South Florida Sun Sentinel via AP, Pool)
MORE NEWS