SAN DIEGO (SCRIPPS) – The family of a man who went missing at 16 years old in 2004 is not giving up hope in finding their son.

Parents Wayne and Lisa Yuen said they knew their teenage son Daniel was struggling with mental health, so they took him to a physiologist, where he was diagnosed with depression. Around this time, he stopped going to school, so they knew they needed to do something to help him.

The New Jersey family discovered Cedu School in the San Bernardino Mountains on the other side of the country, so they took a trip to visit.

Wayne and Lisa said when they arrived at the school, Daniel said he did not want to be there. School officials asked the parents to step into a different room, then came back later and informed the family that Daniel had changed his mind and was willing to stay.

They said they asked to say goodbye to their son, but were told by school officials that it would be easier if they left without saying goodbye.

They reluctantly left, not realizing that would be the last time they would see their son.

The school allowed one phone call home every week. The first Friday when Daniel called them, he said he was not happy and was concerned about some of the people there with him. Wayne and Lisa said the phone then got disconnected, and that was the last time they heard his voice.

The following week, they found out the 16-year-old had vanished.

The school, which has since closed down, could not locate him, so the family immediately hired a private investigator who specializes in finding missing children.

People reported seeing Daniel in the San Diego area, so they brought in search dogs to search the locations of these sightings, including Hilltop Park in Rancho Penasquitos. 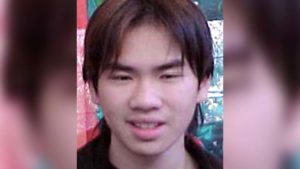 The dogs did find his scent, but the search parties could not find him.

Since then, people have reported seeing Daniel in other areas around San Diego County, including Mira Mesa and at a hair salon.

The Yuen family said they will continue to search for him until they hear his voice or see him with their own eyes. They want to keep looking to find out if he is okay.

Their request for the community is to keep an eye out for him. An age-progressed photo was made in 2019 that shows what he might look like now.

They ask that if anyone knows Daniel, they tell him to contact his parents so they can have peace of mind and know what happened to him.

Anyone with information is encouraged to call the National Center for Missing and Exploited Children at 1-800-THE-LOST or contact the family online.

This story was originally published April 25, 2021, by Leah Pezzetti of KGTV in San Diego.