ST. PAUL, Minn. (AP) — A Ramsey County grand jury has indicted a man accused of killing his wife in St. Paul more than a decade ago. 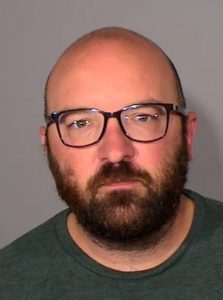 Nicholas Firkus, 38, of Mounds View, was arrested in May on suspicion of killing 25-year-old Heidi Firkus on April 25, 2010. He was indicted Wednesday on charges of first-degree murder and one count of second-degree murder, the St. Paul Pioneer Press reported. A grand jury is typically used if the offense is punishable by life in prison.

Nicholas Firkus told police that someone broke into their home about 6:30 a.m. that day and grabbed his shotgun, after which the two struggled over the weapon. Firkus said the gun fired, killing his wife, and he was injured in the leg when it went off a second time.

Attorney Joe Friedberg, who is representing Nicholas Firkus, has called the case “completely circumstantial.” Heidi Firkus’ family had said after the arrest that they “are hopeful that these charges will finally bring out the truth and result in justice for Heidi.”

Firkus is scheduled to appear in court on Oct. 12.