CINCINNATI (WCPO) — Two Columbus men were convicted on charges related to a murder-for-hire plot in Colerain Township in July 2017. 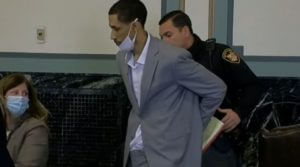 Autum Garrett, 22, of Indiana was killed in the shooting while eight others — including three children — were wounded by gunfire.

Echols was found guilty of aggravated murder, aggravated burglary, two counts of murder, eight counts of attempted murder, nine counts of felonious assault and one count of cruel treatment against a companion animal.

Sanon was found guilty on one charge of attempted murder.

Vandell Slade, 33, and Roshawn Bishop, 31, are also charged with murder in connection to the shooting.

This story was originally published Feb. 1, 2022, by WCPO in Cincinnati, an E.W. Scripps Company.