BALTIMORE (WMAR) — A 16-year-old has surrendered to Baltimore police almost a month after allegedly gunning down a DoorDash driver in a robbery gone wrong.

According to court records, Cheryl McCormack and her fiancé were attempting to make a late night food delivery on January 24 when their car ran out of gas.

McCormack’s fiancé set off on foot to get gas when two males attempted tried to rob him. They followed him back to the car to get his cell phone and demanded McCormack’s phone as well. 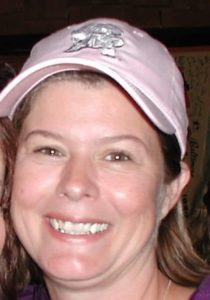 When McCormack refused, one of the two suspects shot her in the head, killing her only moments away from her home. McCormack was just two days shy of her 52nd birthday.

According to charging documents, surveillance camera footage from an Exxon station not far from the crime scene helped authorities identify one of the suspects. Video of the two males unsuccessfully attempting to purchase tobacco at the Exxon the morning of the shooting matched those seen on doorbell footage at the scene of the murder a few blocks away. 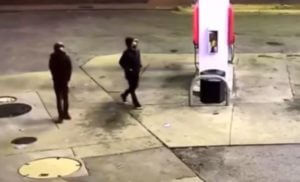 Police identified the 16-year-old alleged triggerman — whose name is being withheld — seen wearing a fur-trimmed coat and distinctive black and white Air Jordan tennis shoes and questioned him.

A few days later, they obtained a warrant for his arrest and he turned himself in.

A $5,000 reward had previously been offered for information leading to the shooter. It’s unclear if any particular tip led police to the teen.

There is no information on the second suspect.

This story was originally published Feb. 24, 2022, by WMAR in Baltimore, an E.W. Scripps Company.