Santa Fe County Sheriff Adan Mendoza said Tuesday that he is waiting on a forensic analysis of the weapon, projectile, fingerprints and more from the FBI and state medical examiners before turning the 6-month-old case over to prosecutors to decide whether criminal charges will be filed.

“There is a degree of neglect. Whether that reaches the criminal level, that will be up to the district attorney to determine,” the sheriff told “Good Morning America.” On Monday, he released virtually the entire case file of the investigation after a live round of ammunition killed Halyna Hutchins and wounded director Joel Souza during rehearsal on Oct. 21, 2021. Filming for the Western took place at a ranch on the outskirts of the city of Santa Fe. 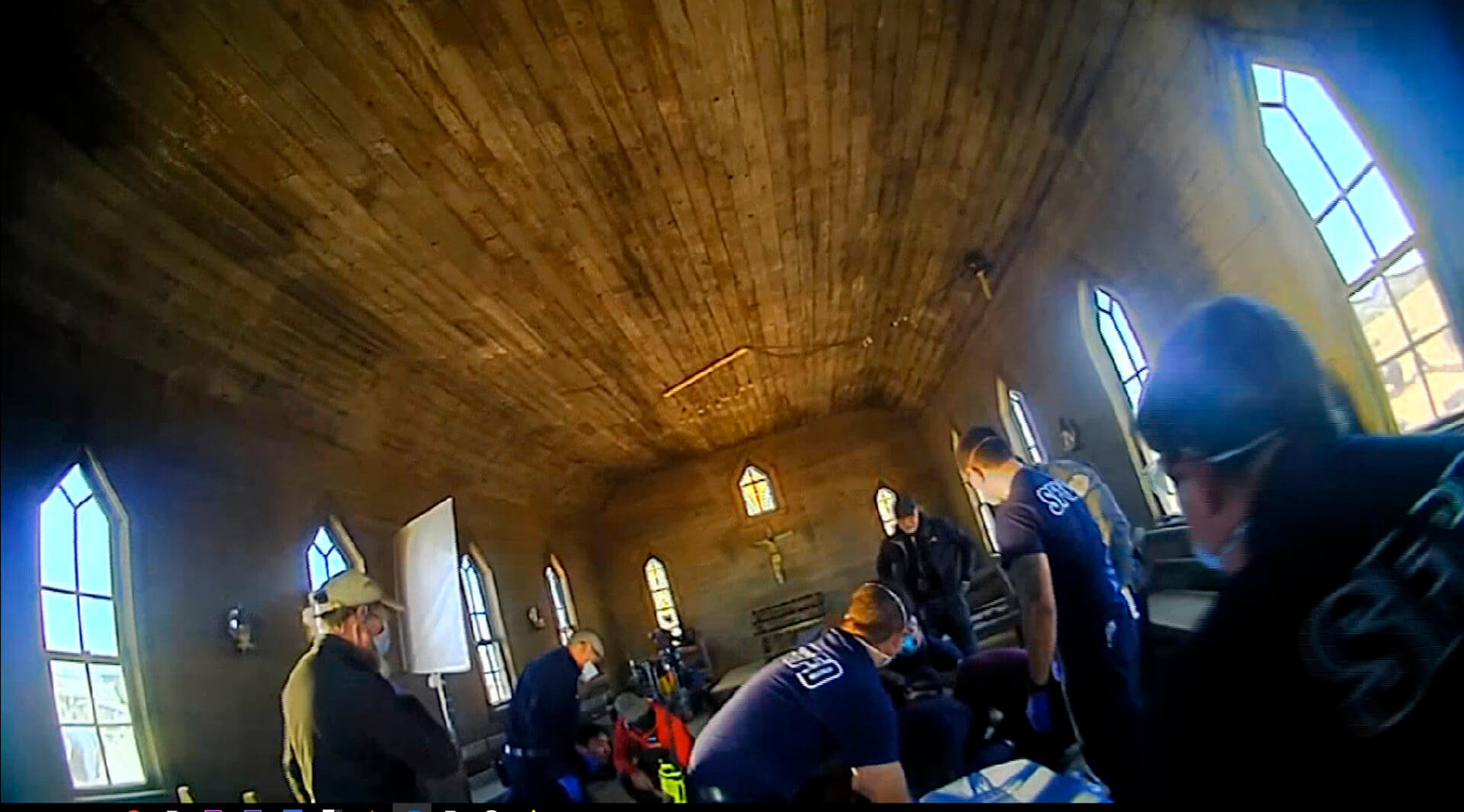 In this image from video released by the Santa Fe County Sheriff’s Office, is the scene inside a small church on a movie set following a fatal shooting last year in Santa Fe, N.M. On Monday April, 25, 2022, law enforcement officials released a trove of video and photographic evidence in the investigation of a fatal October shooting of a cinematographer by actor and producer Alec Baldwin on the set of a Western movie. (Santa Fe County Sheriff’s Office via AP)

The vast trove of newly released law enforcement files includes lapel camera video of the mortally wounded Hutchins slipping in and out of consciousness as an evacuation helicopter arrives. Witness interrogations, email threads, text conversations, inventories of ammunition and hundreds of photographs round out the collection of evidence.

In one newly released video, a sheriff’s deputy arrives as medics attempt to attend to Hutchins inside a small wooden church where she was shot during a rehearsal in preparation for filming.

“Halyna, deep breath. There you go, good girl,” says a medic, urging Hutchins to take in air through an oxygen mask.

Outside, a medical evacuation helicopter lands in the desert. A law enforcement officer keeps watch over Baldwin, still in 19th century costume, as the actor smokes cigarettes from other members of the film cast.

The evidence was made public in response to media requests for records and as an effort toward transparency in the investigation. Mendoza, a Democrat, is running for reelection this year, with a competitive June primary.

Newly published documents show authorities have scraped cellphone accounts for text messages, images and audio files created by the cast, crew and munitions suppliers for “Rust.” Text messages recount two firearms misfires on the set prior to the deadly shooting, though none involved live ammunition. 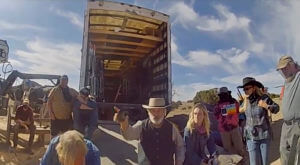 Other videos show investigators as they debrief Baldwin within hours of the fatal shooting, talking with him inside a compact office — and rehearsal clips that show Baldwin in costume as he practices a quick-draw maneuver with a gun.

An attorney for Baldwin says the newly released files corroborate that the actor and “Rust” co-producer was careful with guns on the set.

“Mr. Baldwin welcomes this investigation,” said attorney Luke Nikas in a statement. “The information that has been revealed by the authorities demonstrates, once again, that Mr. Baldwin acted responsibly.”

Under questioning by two investigators, Baldwin says that as the gun went off, he was unaware initially that Hutchins would die and shocked to learn that he had been holding a gun loaded with live ammunition. Baldwin said in a December interview with ABC News that he was on set pointing the gun at Hutchins at her instruction when it went off without his pulling the trigger.

Baldwin told the investigators that the gun should have been empty for a rehearsal with no filming.

“There should have been nothing. It should have been a cold gun with no rounds inside or dummy rounds,” Baldwin says. “I take the gun out slowly. I turn, I cock the pistol. Bang, it goes off. She (Hutchins) hits the ground.”

Baldwin repeatedly says there were no prior problems of any kind with firearms on the set of “Rust.” 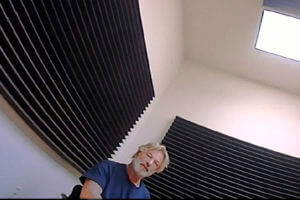 In this image from video released by the Santa Fe County Sheriff’s Office, Alec Baldwin speaks with investigators following a fatal shooting last year on a movie set in Santa Fe, N.M. Data files released on Monday, April 25, 2022, included videos of investigators debriefing Baldwin on the day of the shooting inside a compact office. (Santa Fe County Sheriff’s Office via AP)

New Mexico’s Occupational Health and Safety Bureau delivered a scathing narrative of safety failures in violation of standard industry protocols, including testimony that production managers took limited or no action to address the two other misfires.

The bureau also documented gun safety complaints from crew members that went unheeded and said weapons specialists were not allowed to make decisions about additional safety training. Rust Movie Productions has indicated it will dispute the findings and sanction.

At least five lawsuits have been filed over the shooting, including a wrongful death lawsuit brought by Hutchins’ family against Baldwin and the movie’s other producers. The lawsuit on behalf of widower Matt Hutchins and his 9-year-old son alleges a “callous” disregard in the face of safety complaints on the set.