The jury has found Chandler Halderson GUILTY of all charges against him.

MADISON, Wis. (Court TV) — A 23-year-old Eagle Scout is on trial for the killing and dismemberment of his parents.

According to prosecutors, Chandler Halderson reported his parents missing July 7, 2021. He told police his mom and dad had gone to their northern Wisconsin lake house with another couple on July 2 for the 4th of July weekend, but never returned. 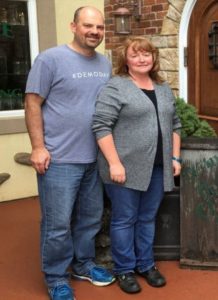 In the days that followed, the dismembered bodies of 50-year-old Bart Halderson and 53-yer-old Krista Halderson were located not far from the Halderson family home. Bart’s torso was discovered in rural Dane County on July 8; and some of Krista’s remains were located along the Wisconsin River on July 14, although she was not positively identified until July 30.

Various other body parts of the couple were later discovered in nearby locations. According to the Dane County medical examiner, Bart Halderson was shot one time before he was dismembered.

Chandler Halderson has been in the Dane County Jail since his initial arrest for lying to investigators on July 8. According to the criminal complaint the morning of his arrest, Halderson Googled terms including “body found” and “Bart and Krista.”

The complaint also states that Bart and Krista’s cell phones were located on July 28 inside a shoe underneath a shelving unit in the family garage, wrapped in tinfoil and paper towel.

Chandler has pleaded not guilty to all charges. The trial is expected to last three to four weeks.