COUNCIL BLUFFS, Iowa. (KMTV) — A woman is accusing her late father of murdering multiple people and burying them on the family’s rural, southwest Iowa property.

Iowa Division of Criminal Investigation (DCI) Special Agent Darrell Simmons told KMTV that his agency is working with the Fremont County Sheriff and the FBI to investigate those claims.

Simmons says that while he understands people want answers, these investigations take time.

“It’s not something we can just borrow a backhoe and do,” he said.

Simmons says that DCI will work with the Fremont County Sheriff’s Office and the FBI to corroborate the information given to them by Lucy Studey. Before they start digging, law enforcement will determine if there is adequate information to continue the investigation. 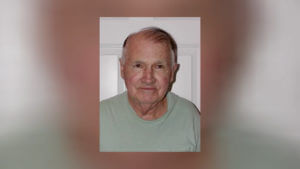 This photo provided by KMTV shows Donald Studey. His daughter, Lucy Studey, claims he was a serial killer in southwest Iowa. (KMTV)

RELATED: Could a serial killer have lived in southwest Iowa?

Comparing the investigation to a delicate archeological dig, he said law enforcement agencies met today to consider the equipment, resources and experts that will be needed if they start digging. Investigations of this kind are expensive, says Simmons, and specific experts are needed. The terrain around Thurman provides a challenge. Steep hills and hidden valleys characterize the Loess Hills and it makes for a more complicated area to search.

Considering the time frame — the late ’60s through the early ’80s — Simmons says locating records on potential victims, if investigators find human remains, could take a long time. He said that older records haven’t necessarily been digitized and some jurisdictions might still have information stored in old formats such as microfiche.

This story was originally published Oct. 24 by KMTV in Omaha, an E.W. Scripps Company.