VICTORVILLE, Calif. (AP) — A woman suspected of killing her husband at their Southern California home seven years ago was arrested in Mexico, authorities said.

Sheriff’s deputies found Antoine Smith shot to death in Victorville on May 12, 2015 after friends and co-workers reported the 35-year-old missing. 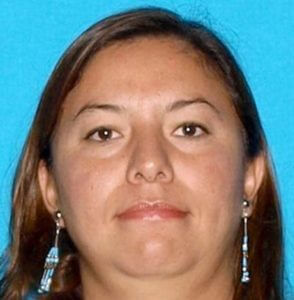 Leticia Smith was identified as a suspect and investigators found evidence that she fled to Mexico with the couple’s two daughters, ages 8 and 4, the San Bernardino County Sheriff’s Department said in a statement Monday.After cold case detectives took up the case last December, they began working with Mexican authorities. Leticia Smith was located living with her children in Rosarito, a coastal city in the Mexican state of Baja California, the sheriff’s statement said.

She was extradited to the U.S. and is being held on a murder charge at the West Valley Detention Center in Rancho Cucamonga in lieu of $2,000,000 bail, officials said.

It wasn’t known Tuesday if Smith has an attorney who could speak on her behalf.