NEW YORK (AP) — The first of four women described as key accusers in the indictment against British socialite Ghislaine Maxwell testified Tuesday that Maxwell was often in the room when the witness, then just 14, had sexual interactions with the financier Jeffrey Epstein.

Prosecutors went to the heart of their sex trafficking case against Maxwell with their second witness, a woman in her early 40s who was introduced to jurors as “Jane,” a pseudonym she said she prefers, in part to protect a 22-year acting career.

During sexual encounters that began in 1994 and continued through 1997, Maxwell “was very casual,” she told a New York City jury. “Like it was no big deal.”

The witness testified in a quiet but steady voice, although she got choked up twice and also dabbed at her nose with a tissue as she described the sexual encounters. She said Maxwell instructed her on how to give Epstein sexual massages and sometimes physically participated.

She also largely avoided looking at Maxwell, except when she pointed an index finger when she was asked to identify her. Maxwell maintained a steady gaze in the witness’s direction, occasionally writing notes that she passed to lawyers. Some jurors leaned forward to hear the witness while occasionally glancing at Maxwell.

The witness’ testimony was offered by prosecutors to support their claims that Maxwell recruited and groomed girls for Epstein to sexually abuse from 1994 to at least 2004.

The witness first met Epstein and Maxwell in 1994 when she was attending a music camp in pursuit of a singing career, she said. She said she was eating ice cream with friends when Maxwell approached with a Yorkshire Terrier, drawing their attention. After her friends left, she spoke with Epstein, who had then arrived and introduced himself as a donor. They discovered that they both lived in Palm Beach, Florida, she said.

The woman and her mother soon received an invitation to Epstein’s home and although her mother was not included in subsequent invites, she remained “very impressed and enamored with the wealth, the affluence,” and believed Maxwell and Epstein must really think her daughter was special, the woman testified.

Soon, Epstein and Maxwell were taking her shopping for clothes, including underwear from Victoria’s Secret, and asking about her life after her father’s sudden death in a way that didn’t happen at home, where soul-searching conversations never occurred, she said.

“I was frozen in fear,” she said. “I’d never see a penis before. … I was terrified and felt gross and felt ashamed.”

Another time, she was taken to a massage room where he and Maxwell both took advantage of her, she said. 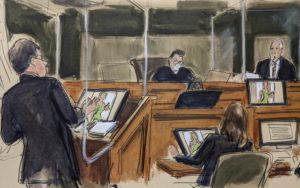 On cross-examination, defense lawyer Laura Menninger immediately attacked the witness’s credibility, asking why she waited over 20 years to report the alleged abuse by Maxwell to law enforcement and why she brought two personal injury lawyers along to her first meeting with the FBI.

Menninger also asked if it was true she had previously spoken to her siblings and others close to her about Epstein’s behavior, but left Maxwell out of the earlier accounts.

“I don’t know,” the witness responded, adding she only remembered being uncomfortable with going into all the details.

Menninger also elicited testimony from the woman that she was awarded $5 million from a fund set up to compensate victims of Epstein and received $2.9 million once lawyer fees and expenses were deducted.

The cross-examination was expected to continue Wednesday.

Maxwell has pleaded not guilty. One of her lawyers said in an opening statement Monday that she’s being made a scapegoat for Epstein, who killed himself in his Manhattan jail cell at age 66 in 2019 as he awaited a sex trafficking trial.

Earlier Tuesday, a former pilot for Epstein testified that he never saw evidence of sexual activity on planes as he flew his boss and others — including a prince and ex-presidents — for nearly three decades.

Lawrence Paul Visoski Jr., the trial’s first witness, acknowledged that he never encountered sexual activity aboard two jets he piloted for roughly 1,000 trips between 1991 and 2019.

Although he was a government witness, Visoski’s testimony seemed to aid the defense of Maxwell as he told Maxwell attorney Christian Everdell that he never saw sexual activity when he left the cockpit for coffee or a bathroom break and never found sex toys or used condoms when he cleaned up.

And when he was asked if he ever saw sex acts with underage females, he answered: “Absolutely not.”

Visoski also acknowledged that ex-President Bill Clinton was a passenger on a few flights in the 2000s and he had piloted planes with Britain’s Prince Andrew, the late U.S. Sen. John Glenn of Ohio — the first American to orbit Earth — and former President Donald Trump aboard.

Epstein’s plane was derisively nicknamed “The Lolita Express” by some in the media after allegations emerged that he had used it to fly teenage girls to his private island, his New Mexico ranch and his New York City townhouse.

Maxwell, 59, traveled for decades in circles that put her in contact with accomplished and wealthy people before her July 2020 arrest.

Asked by Assistant U.S. Attorney Maurene Comey where Maxwell stood in the hierarchy of Epstein’s world, Visoski said Maxwell “was the Number 2.” He added that “Epstein was the big Number 1.”

That testimony supported what Assistant U.S. Attorney Lara Pomerantz told jurors in her opening statement Monday: Epstein and Maxwell were “partners in crime.” 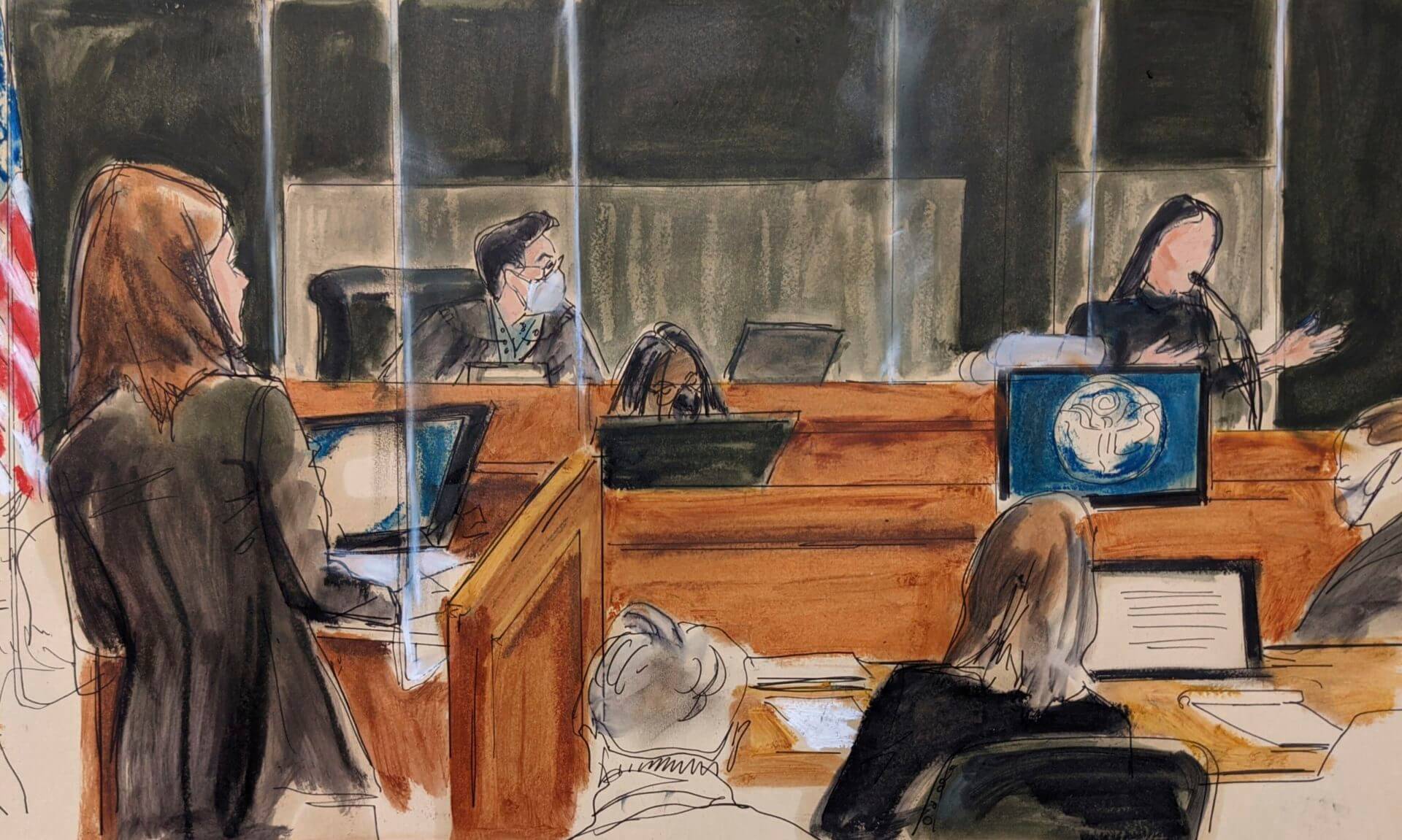