After 19 months of speculation, prosecutors finally laid out their evidence Wednesday that Alex Murdaugh killed his wife and son as they opened the double murder trial for the disgraced South Carolina attorney.

There was gunshot residue on a seat belt, bullets pulled from bodies that matched ammunition boxes from around the home and cellphones never used again just a few minutes after Murdaugh, his wife and son were all heard in a cellphone video, prosecutor Creighton Waters said in his opening statement.

“It’s complicated. It’s a journey. There’s a lot of aspects to this case,” Waters said. “But like a lot of things that are complicated, we start to put them all together, piecing together like a puzzle — all the sudden, a picture emerges.”

A defense lawyer said prosecutors incorrectly locked in on Murdaugh’s guilt from the start and have spent all that time trying to jam bits of evidence that can be explained away or leave an incomplete picture into a story that frames the wrong man. 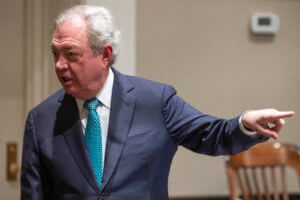 Waters opened the trial with three minutes of graphic description of the scene where the bodies of Maggie Murdaugh, 52, and her son, Paul, 22, were found shot with at least one bullet to the head by two different guns, pointing to Paul Murdaugh’s head and calling it “catastrophic damage.”

Harpootlian added even more gruesome details — how the shotgun blast that killed Paul Murdaugh was so close to his head that his brain exploded from his skull and was found at his feet. Alex Murdaugh started crying when his lawyer discussed the detail. 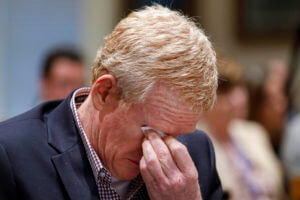 Alex Murdaugh becomes emotional after seeing his family in the courtroom as opening statements begin in his double murder trial at the Colleton County Courthouse in Walterboro, S.C, Wednesday, Jan. 25, 2023. (Grace Beahm Alford/The State via AP)

“Alex was the loving father of Paul and the loving husband of Maggie,” Harpootlian said. “You’re not going to hear a single witness say that their relationship was anything other than loving.”

It was the start of what is expected to be a three-week trial at the Colleton County Courthouse. Both sides finished picking a 12-person jury with six alternates Wednesday.

Murdaugh, 54, is standing trial on two counts of murder. If convicted, he faces 30 years to life in prison.

This trial is the bottom of a stunningly far and fast downfall for the man whose family dominated the legal system in tiny neighboring Hampton County for generations, both as prosecutors and private attorneys known for getting life-changing settlements for accidents and negligence cases.

Murdaugh also faces about 100 charges related to other crimes, including money laundering, stealing millions from clients and the family law firm, tax evasion and trying to get a man to fatally shoot him so his surviving son could collect a $10 million life insurance policy. He was being held in jail without bail on those counts before he was charged with murder. 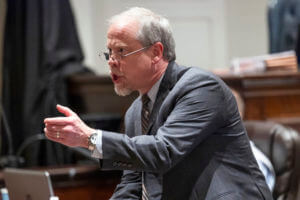 Prosecutors released little information about their case before Wednesday. In an opening statement, they sketched out a timeline of what they think happened at the Murdaughs’ house and near the dog kennels on their 1,300-acre (526-hectare) hunting property June 7, 2021.

Waters said Murdaugh told investigators he was never at the kennels before finding his wife and son’s bodies near them after spending an hour away from the home checking on his mother, who has dementia.

The prosecution said ammunition cartridges found around Maggie Murdaugh’s body had markings that matched other cartridges fired at a range on the property and other locations. The cartridges were used in a type of automatic rifle that Alex Murdaugh bought but can’t be accounted for, Waters said. 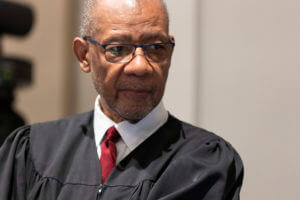 Powder and residue left behind from a gun was found in several places Alex Murdaugh was also at, the prosecutor said.

Harpootlian said all this was grasping at whatever evidence might make Murdaugh look guilty and ignoring what didn’t fit the theory that he did it.

The residue came when Murdaugh picked up a shotgun after checking his wife and son for signs of life and calling 911 in case their killers were still on his property, Harpootlian said.

Maggie Murdaugh’s cellphone, for which her husband provided the code investigators used to find it the next day, showed it was being dumped on the side of the road off the property at the same time Alex Murdaugh’s phone showed he started his truck just outside his home, the defense attorney said.

Harpootlian told the jury he would love to be able to tell them why someone so brutally killed Maggie and Paul Murdaugh, but investigators ignored all other suspects and scenarios.

At the end of the day, Alex Murdaugh shook his attorney’s hands and then looked back where his surviving son and brother were seated behind him, He smiled and pointed at them.

He then walked to the side door of the courtroom where he will be taken to the Colleton County jail where he is staying during his trial. 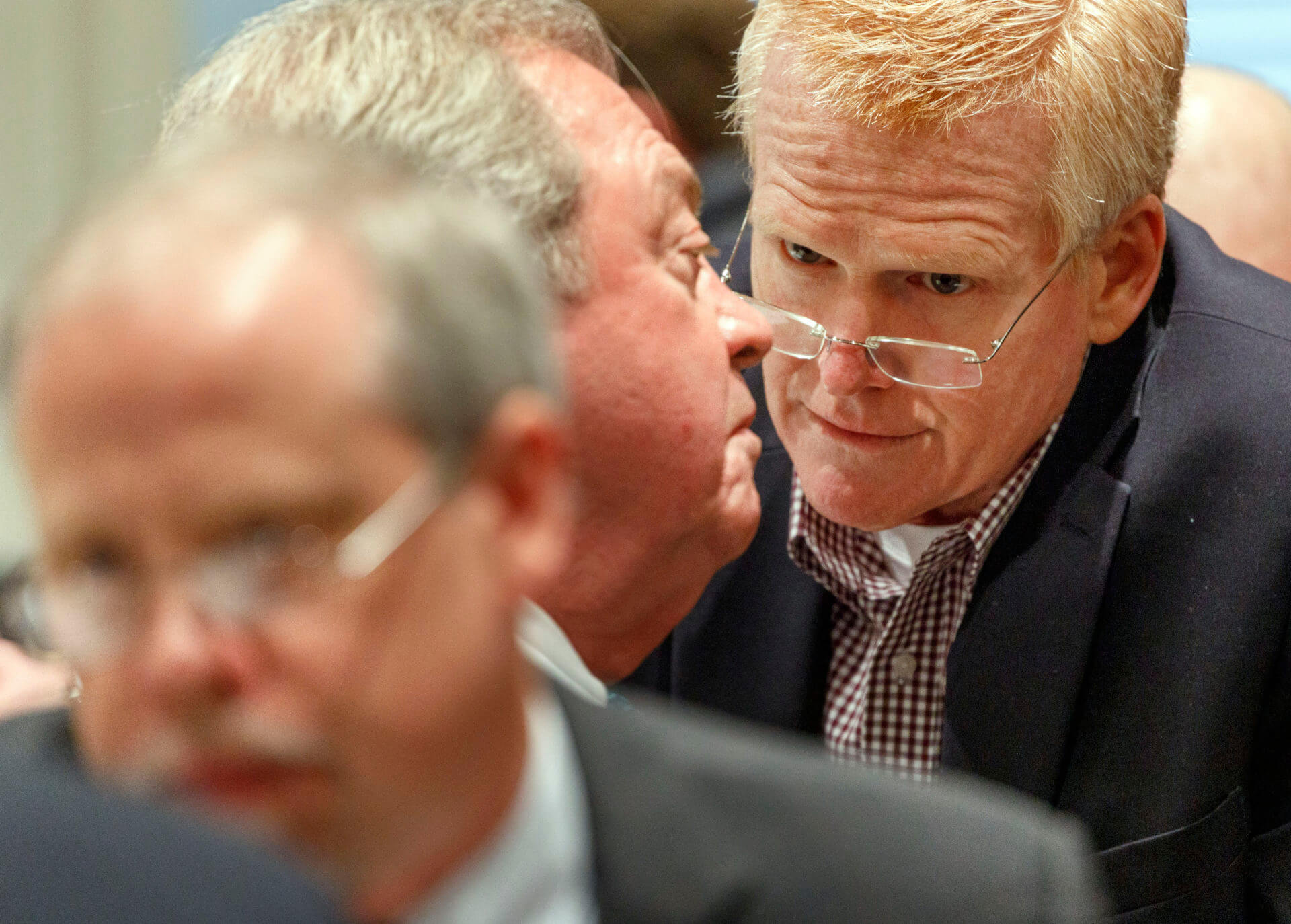