SANTA ROSA COUNTY, Fla. (Court TV) — The body of a missing Florida mother was found in Alabama Saturday evening and her ex-boyfriend is in custody, according to the Santa Rosa County Sheriff’s Office. 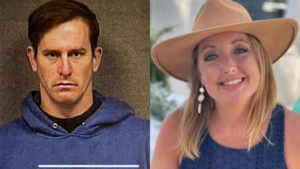 Her car was reportedly discovered two days later at a boat ramp. In a press conference, authorities said Carli’s body was found in a “shallow grave” at a barn in Alabama. Spanevelo “has a connection to the property,” said Sheriff Bob Johnson.

That same day, Spanevelo was arrested in Tennessee on charges of tampering with evidence, giving false information concerning a missing persons investigation and destruction of evidence.

Sheriff Johnson said more charges are expected. An autopsy is scheduled for Monday.