BIRMINGHAM, Ala. (AP) — A man was charged with abusing the corpse of a former girlfriend whose body was found in a shallow grave in an Alabama barn days after the two had met in the Florida Panhandle to exchange custody of their daughter.

Authorities in St. Clair County, Alabama, on Monday said Marcus Spanevelo, 35, was accused of mistreating the remains of Cassie Carli but wasn’t charged in her death, news outlets reported.

The charge was announced days after authorities in Florida dismissed an evidence-tampering charge that had been filed against Spanevelo over the investigation into the woman’s disappearance in Santa Rosa County. They also dismissed a charge accusing him of lying to investigators.

Carli was last seen in March after meeting Spanevelo in the parking lot of a restaurant in Navarre, Florida, where she went to pick up their preschool-age daughter after a visit with the man, who is the child’s father. 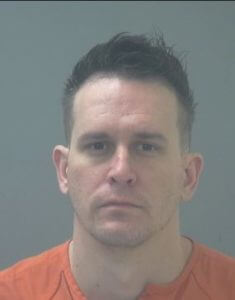 The woman’s family reported her missing, and her body was discovered in a shallow grave in a barn in Springville, located northeast of Birmingham, on April 3. Investigators said Spanevelo had ties to the property where Carli’s body was located.

An examination failed to determine how the woman died, officials said. Carli’s body was found after Spanevelo’s arrest in Tennessee, authorities said.

Spanevelo has agreed to return to Alabama for prosecution, prosecutors said. Court records weren’t immediately available Tuesday to show whether he had an attorney who could speak on his behalf.