SANTA ANA, Calif. (AP) — A judge on Thursday agreed to scale back criminal charges against a reality TV doctor and his girlfriend who had been accused of drugging and raping several women at their Southern California home.

Orange County Superior Court Frank Ospino approved a request by the California Attorney General’s Office to pare down charges against Dr. Grant Robicheaux and Cerissa Riley to focus on two of the original seven women the couple was accused of sexually assaulting, the Orange County Register reported. 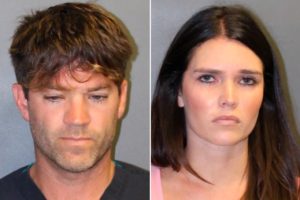 The attorney general’s office, which took over the case from the Orange County district attorney’s office last year, filed a motion in May asking for dismissal of 10 charges involving six of the seven alleged victims.

The motion said a review found that some allegations couldn’t be proved beyond a reasonable doubt.

They have pleaded not guilty, saying the sex was consensual.

Ospino’s ruling came a year after an attempt by the DA to completely dismiss the charges was denied by another judge.