STOCKTON, Calif. (AP) — Prosecutors on Tuesday charged a Northern California man with fatally shooting three men whom police have said were among six victims slain by a serial killer over the past year and a half. 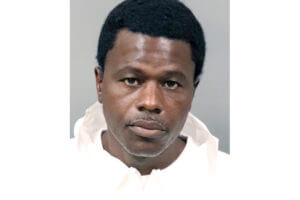 This booking photo provided by the Stockton Police Department shows Wesley Brownlee, from Stockton, Calif., who was arrested Saturday, Oct. 15, 2022, in connection to a series of shootings. Brownlee, suspected of killing six men and wounding a woman in Northern California was arrested before dawn Saturday as he was apparently searching for another victim, police said. (Stockton Police Department via AP)

Wesley Brownlee, 43, was arrested Saturday on suspicion of killing six men and wounding a woman in a series of shootings dating back to April 2021. Police had been conducting surveillance on him Saturday as he drove through the streets of Stockton, armed with a handgun and possibly “out hunting” for another victim.

The San Joaquin County District Attorney’s Office on Tuesday filed three counts of murder, one count of a felon in possession of a firearm and one count of possession of ammunition. Brownlee, a truck driver, is currently only charged in the three most recent slayings that occurred in Stockton.

District Attorney Tori Verber Salazar said she expects to file additional charges in two other murders in Stockton, as well as an attempted murder. Another killing occurred last year in Oakland, which is located in Alameda County.

“There are some people who are just simply too dangerous to share the streets with you and I,” Verber Salazar said at a press conference after Brownlee’s arraignment.

Detectives are still seeking tips from the public because Brownlee might be linked to more crimes, Stockton Police Chief Stanley McFadden said.

“We’re going to stay tenacious, we don’t know how many cases there are,” McFadden said.

The firearm found in Brownlee’s possession during his arrest is of a similar caliber to the one that was used in the violence. Authorities believe the same gun was used in the slayings of the three men and are testing it to determine whether it was used in the other shootings. 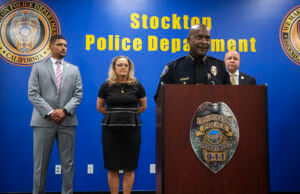 Verber Salazar would not say whether Brownlee knew any of the victims personally.

It was not immediately known if Brownlee has an attorney who can comment on his behalf. He is being held in jail without bail.

Authorities previously described the suspect — now identified as Brownlee — as a serial killer who was “on a mission” but did not appear to have a clear motive in who he targeted for his crimes. Investigators have said ballistics tests and video evidence linked the shootings.

The criminal complaint filed Tuesday only lists charges for the killings of Rodriguez, Cruz and Lopez.

Brownlee has a criminal history that includes traffic violations and convictions for drug crimes that goes back to an arrest when he was 15 years old , according to The East Bay Times. He was most recently discharged from parole in 2006. 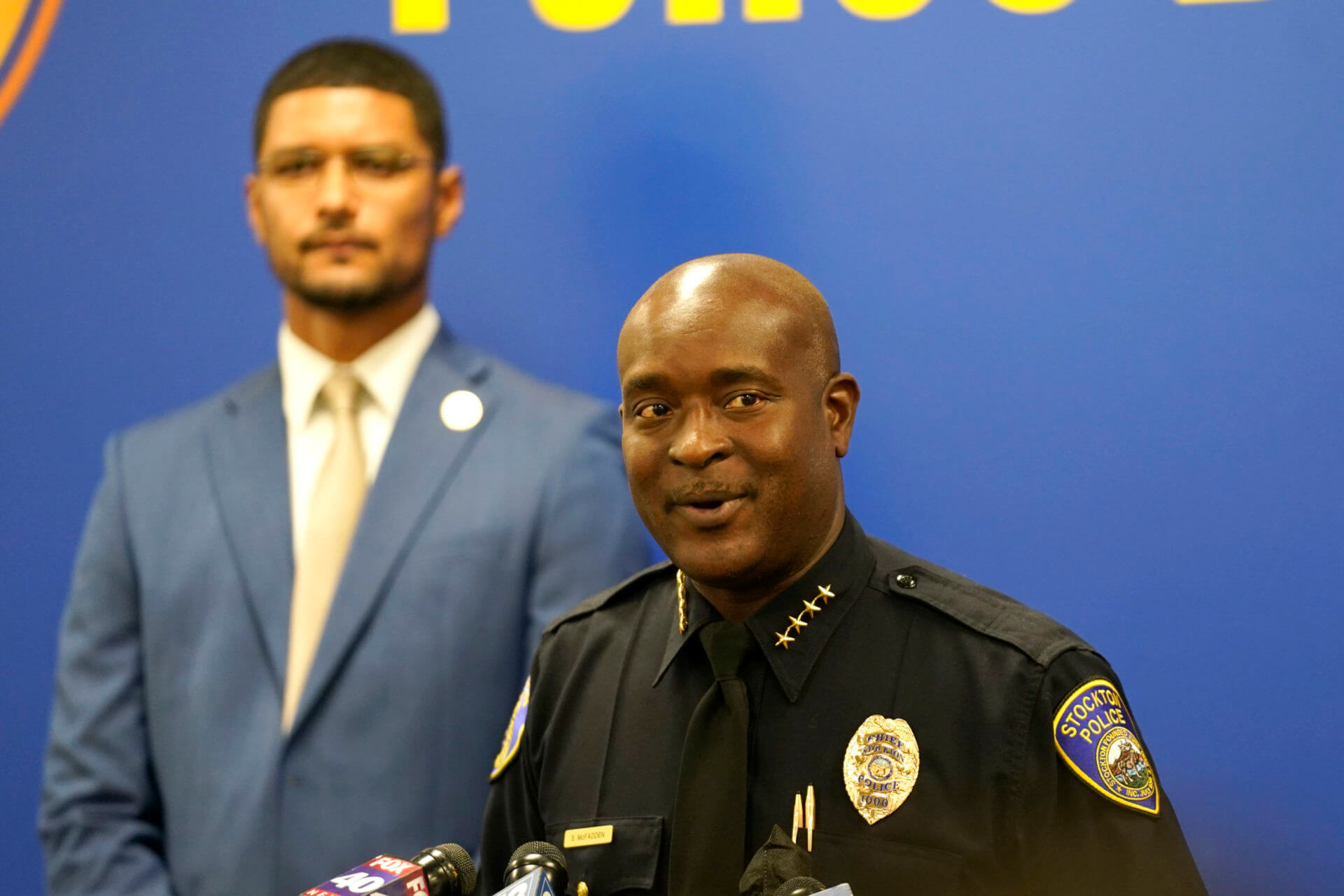 Stockton Police Chief Stanley McFadden, right, flanked by Stockton Mayor Kevin Lincoln, left, updates reporters about the investigation into the fatal shooting of six men and the wounding of one woman dating back to last year, during a news conference in Stockton, Calif., Tuesday, Oct. 4, 2022. (AP Photo/Rich Pedroncelli)
MORE NEWS