FREMONT COUNTY, Colo. (KMGH) — A Fremont County judge has granted the prosecution’s motion to dismiss the murder case against Barry Morphew, who was accused of killing his wife in 2020.

The prosecution’s motion asked the court to dismiss the charges without prejudice, meaning Barry can be tried again if prosecutors refile charges.

The prosecution filed the motion to dismiss the charges during a hearing for Barry, who was charged with first-degree murder after his wife, Suzanne Morphew, disappeared from the Salida area in May 2020. To date, investigators have not found her remains.

The prosecution listed two reasons for asking for the dismissal.

First, the prosecution said law enforcement have narrowed the search down to a single undisclosed location in a remote and mountainous area near the Morphews’ home and “believe we are close to discovering the victim’s body.” Heavy snow fell on the area and as of now, prosecutors believe Suzanne’s body is under about 5 feet of snow.

“In typical homicide cases, the fact of the victim’s death is rarely at issue, but in a case such as this, the most influential fact of consequence is whether or not Ms. Morphew is deceased,” the motion reads.

If Suzanne’s body is found, the forensic evidence gathered could incubate or exculpate Barry, prosecutors said.

The motion said because the search cannot be completed in the next few weeks due to snowpack and weather conditions, prosecutors asked for the court to dismiss the current indictment without prejudice. The jury trial was set to begin on April 28, 2022 in the Fremont County Courthouse.

Secondly, prosecutors said they feel that because the judge in the case ruled earlier this year they cannot call most of their expert witnesses at trial because of discovery violations, they will need to find Suzanne’s body to prove the case.

“The Court functionally excluded the People’s best evidence to move forward in this case by severely limiting our expert’s testimony. Even if the court were to partially reconsider its position on the need for such severe sanctions at this late hour, the People would still be left without several key expert witnesses initially endorsed,” prosecutors wrote in their motion.

“Without this crucial evidence, and without the victim’s body, the People cannot move forward at this time in good faith,” they continued in their motion. “Ethics demand that prosecutors proceed to trial only in circumstances where a reasonable likelihood of success exists, which given the Court’s current rulings and the uncertainty of any further rulings, is impossible to completely ascertain.”

The motion from prosecutors said Suzanne’s sister and the family representative, Melinda Moorman-Baumak, agreed with the motion to dismiss the case and “expressed her wishes that we ultimately resolve absolutely whether or not her sister is dead, prior to further prosecution.” 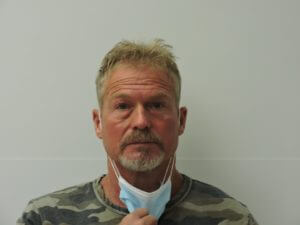 It also says Suzanne’s two brothers agreed with the motion to dismiss without prejudice.

After the hearing Tuesday morning, Barry’s defense attorney Iris Eytan said she absolutely believes the prosecution filed the motion to dismiss the case because they knew they were going to lose the trial. She added that she’s confident that they won’t be able to refile charges in this case because they’re not going to find a body linked to Barry.

Eytan said the community now thinks Barry got away with murder.

As of now, Eytan said, there has not been “a single ounce” of physical evidence connecting Barry to Suzanne’s death, despite “terabytes and terabytes” of information. However, she said, DNA was found linked to unknown males — including convicted sex offenders — on critical items, such as Suzanne’s bicycle, helmet, and in the Morphew house and Suzanne’s car. But the prosecution chose not to follow those leads, she said, and instead focus on Barry and ignore all other evidence that appeared to turn them away from Barry.

“We were going to get Mr. Morphew acquitted, rightly, after a trial that we believed we were going to have to have,” Eytan said. “But all of a sudden now, today, in the face of the fact that they have committed so much misconduct they decided to dismiss the case, claiming that there is a body that they are close to finding up in the mountains, that is snow-covered, nearby to where Mr. Morphew’s house was.”

She said she didn’t know the dismissal was coming Tuesday, but the “writing was on the wall.”

Eytan said Barry and his daughters are relieved, but also sad, as they want to know where Suzanne is.

In addition, Chaffee County Sheriff John Spezze said while he doesn’t have any additional information to share as of Tuesday morning and is disappointed in the delay of the proceedings, “we remain unwavering in our commitment to this investigation and the ultimate prosecution of Mr. Morphew. I stand behind the strong work of the investigators within the Chaffee County Sheriff’s Office and the many law enforcement agencies involved and the strong case we have built. Above all else, we remain dedicated to seeking justice for Suzanne and her family.”

Morphew’s daughter said they are looking forward to taking time to heal and find out what happened to their mother. They walked out smiling alongside Barry after the hearing.

Suzanne, who was 49 when she disappeared, has been missing since May 10, 2020 — Mother’s Day — from the Maysville area in Chaffee County. A neighbor called 911 to report that she had gone for a bike ride and never returned. Investigators started rigorous searches in the area and they created a tip line. Barry and a family friend said they were offering $200,000 for her safe return. After the summer of 2020, the case went quiet for several months, with very few updates. By September, family-led searches restarted in the area. 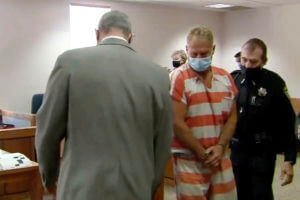 Almost a year after Suzanne disappeared, Suzanne’s husband Barry Morphew was arrested on May 5, 2021 on multiple charges, including first-degree murder. To date, Suzanne’s body has not been found.

Barry also faces charges of tampering with physical evidence, attempting to influence a public servant, tampering with a deceased human body, and possession of a dangerous weapon. At the time of his arrest, the Chaffee County sheriff said he did not believe Suzanne was alive and they were not searching for any other suspects. In a separate case, Barry was also charged with forgery after he allegedly submitted a mail ballot in his wife’s name.

Barry pleaded not guilty to the charges.

KMGH covered each day of Barry Morphew’s preliminary hearing in August 2021. To learn about the court discussions in depth, click to read day one here, day two here, day three here, and day four here. In total, the hearing included 20 hours of testimony and included enough evidence for the murder case to go to trial, Chaffee County Judge Patrick Murphy ruled in September 2021.

His 130-page arrest affidavit, which details the allegations into why Barry was arrested in connection with the murder of his wife, was released on Sept. 20, 2021. It details monthslong investigations and numerous law enforcement interviews with Barry. The same day, Barry was released on a $500,000 cash bond.

A little more than a week later, a woman who was suspected of having a relationship with Barry was arrested on a trespassing charge after allegedly entering the property of where the Morphews used to live. The woman was later arrested and identified as Shoshona L. Darke of Salida. She faces a charge of second-degree trespassing. In October, Judge Murphy disqualified himself from that case, citing that one of the individuals representing Shoshona had a longtime friendship with the judge, which included their time in high school.

As a result of that move, Judge Murphy announced in December that he had also granted the motion to disqualify himself from the Morphew case due to the friendship with a possible witness’s attorney. In early January, Judge Ramsey L. Lama was appointed to take over the case.

According to documents in October 2021, attorneys representing Barry intended to sue prosecutors and investigators for what they claim is unlawful arrest, malicious prosecution, and defamation. Attorneys claimed investigators omitted crucial evidence in the case, including DNA evidence from an alleged sex offender, and engaged in “extreme and outrageous conduct.” They intend to file a lawsuit against 26 individuals associated with the Chaffee Police Department, the 11th Judicial District Attorney’s Office, the Colorado Bureau of Investigations, and the Federal Bureau of Investigations. 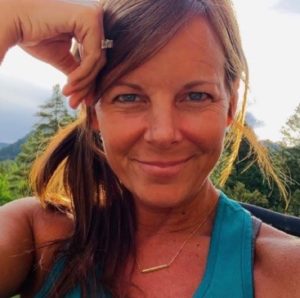 The documents indicate that the attorneys alleged that DNA evidence found in the glovebox of Suzanne’s car matched “the same profile as a single or multiple individuals across the country involved in sexual assault cases,” and say that after a year of having the evidence, Chaffee County Deputy District Attorney Jeff Lindsey followed up on an individual in Phoenix who appeared to match the DNA profile found on Suzanne’s glovebox, but the Arizona individual refused to cooperate and retained a lawyer.As the case moved from the investigation stage into the courtroom, it gained more and more local and national attention, media coverage and negative pretrial publicity, according to an order. As a result of this, the court decided on Feb. 1 Barry could not receive a fair trial in Chaffee County, and the case was moved to Fremont County. The case will stay in the 11th Judicial District.

“This is a high-profile case in a relatively small county with a small jury pool,” the order reads. “The media saturation is high.”

About a week after the announcement that the trial would move counties, Barry’s defense team filed a motion to dismiss the first-degree murder case against him, noting that an investigator had recently called the arrest “premature.” His attorneys claimed the remarks made by Colorado Bureau of Investigations Agent Joseph Cahill during a Dec. 2, 2021, internal affairs interview are grounds to dismiss the case. Cahill worked on the Morphew investigation shortly after Suzanne went missing. In the defense’s motion, attorneys claim that Cahill said Morphew’s arrest was premature and the “worst” decision that could be made.

Defense attorneys argued that that conversation was not brought up during previous court hearings and that they only learned of Cahill’s interview in January and saw the taped conversation in February. They asked the judge to dismiss the case because of “prosecutorial discovery violations.”

A few weeks after that was filed, on Feb. 23, prosecutors filed a response, calling the defense’s motion “utter nonsense” and said Cahill had been “thoroughly discredited,” and was only offering his opinion

This story was originally published April 19 by KMGH in Denver, an E.W. Scripps Company.